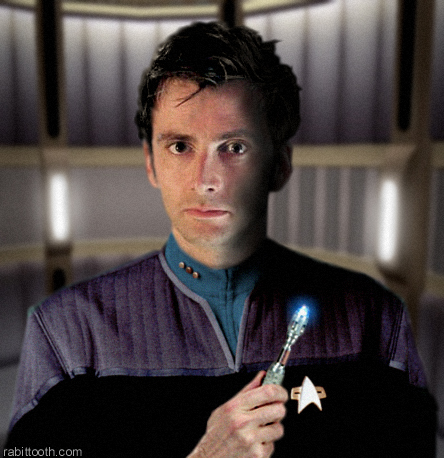 Falric Darkmist never really knew his parents. Being orphaned on th khitomer colony, an kindly couple by the name of Samuel and Lonnie Newell took him in. He then moved with them to San Francisco, where he developed his interest for Starfleet. He applied for the medical school at Starfleet, and graduated in 2382. After graduating, he was posted as a Medical officer aboard the USS Bach for three years, and then was Posted as Chief Medical Officer on the USS Scott until 2388, when he finally was assigned to the USS Explorer as Chief Medical Officer.