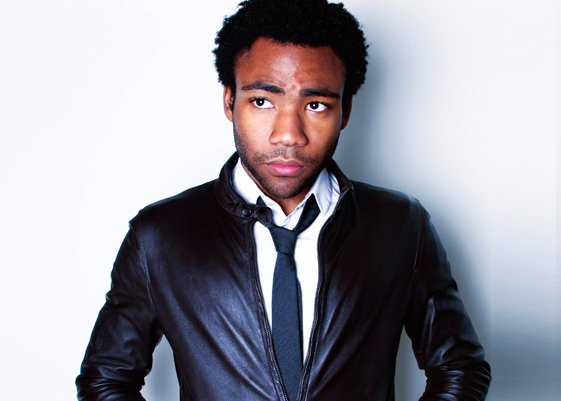 Felix Langston is the Chief Flight Control Officer aboard the USS Black Hawk. He comes from a long line of Starfleet officers and captains; Felix also looks to continue that trend himself. Felix's father is Vice Admiral Remy Langston, captain of the USS Halcyon operating around Bajor. Langston's mother was captured by pirates when Felix and his siblings were very young. Felix carries a lot on his shoulders due to the pressures from his family and the trauma of losing his mother at an early age. Nevertheless, he continues to serve to his fullest capacity no matter what ship he pilots. He views every tactical engagement like a boxing match, preferring to roll with the punches, making him an extremely capable pilot.

Felix Langston was born to Vice Admiral Remy Langston and Stella Langston on June 25, 2362 in New Orleans, Louisiana. He is the eldest of four children. As a child, he split his time between New Orleans and his father’s previous ship, the USS Potomac. His father was a noted diplomat and tactician who served Starfleet for many years, as was his grandmother. Felix always loved hearing their stories of intrigue and exploration while growing up. Felix’s father had assisted in the Federation’s role in helping Bajor recover from the Cardassian Occupation. Remy would often take his family on these voyages, giving young Felix a taste for space travel. Throughout his childhood, Felix took boxing and savate lessons after school. He would go on to become an amateur champion in his youth. In school, he excelled in subjects like social studies, letting his natural curiosity spur him on.

Then came the Dominion War and because of it, his father was gone more and more on dangerous missions for the Federation. Due to Remy being gone for months at a time, Felix felt he had to step up and be the man of the house. Everything changed during that time. His teachers noticed that his grades began to slip and he began to get more and more angry due to circumstances caused by the war.

To take his family’s mind off the war, his mother Stella had the thought to organize a family vacation to Risa. On the way, the ship was attacked and boarded by pirates. The ship’s crew tried to fight off the attackers to no avail. The order was eventually given to abandon ship. During the melee, Stella was captured by the pirates, forcing the crew to get the children to a shuttle. The image haunted Felix for the rest of his life. He vowed that if he ever saw the men who took his mother, he would make them pay for every year that she was gone.

In the ensuing years, Felix and his father became more distant as Felix and his siblings grew up with their grandpa Lafayette and grandma Etta. Felix doubled down on his schoolwork, intent on joining Starfleet, hoping that his father would be proud of his service and that he would achieve some modicum of solace in his mother’s disappearance.

Sponsored by his father and his grandmother, Felix Langston was accepted into Starfleet Academy in 2379. He quickly gravitated towards flight school and proved himself enough to become a member of Red Squadron, being known as a top-flight helmsman and pilot. He proved himself many times during real and simulated missions and graduated with top marks in 2383.

That same year, he was stationed as a shuttle pilot on board the Saber-class USS Peregrine, quickly gaining an affinity for piloting the onboard Delta-class shuttle, the Osprey. He also served as a relief helmsman during certain Gamma duty shifts. The Peregrine saw its fair share of action warding off pirates and Romulans in the sector. After a couple years, he transferred to Deep Space 4 and piloted shuttles and fighter craft, ferrying diplomats and officers all the while keeping tabs on his younger siblings. While the job was steady and easy work, he longed to be on the knife’s edge again, thirsty to explore and venture to the stars. His sister finally called him out on it after she got accepted to Starfleet Academy. He put in another transfer to serve as the Flight Control Officer onboard the USS Sacagawea, an Intrepid-class starship assigned to study the former Romulan Neutral Zone in the wake of the Hobus Supernova. Felix enjoyed the post, but grated under his CO, a hard-edged Andorian man named Captain Tovrel with a grudge against Romulans.

After having the best conversation with his old man in years, he decided that he needed to go back to the place where his love for space exploration began, on the edge of the Gamma Quadrant near Bajor.