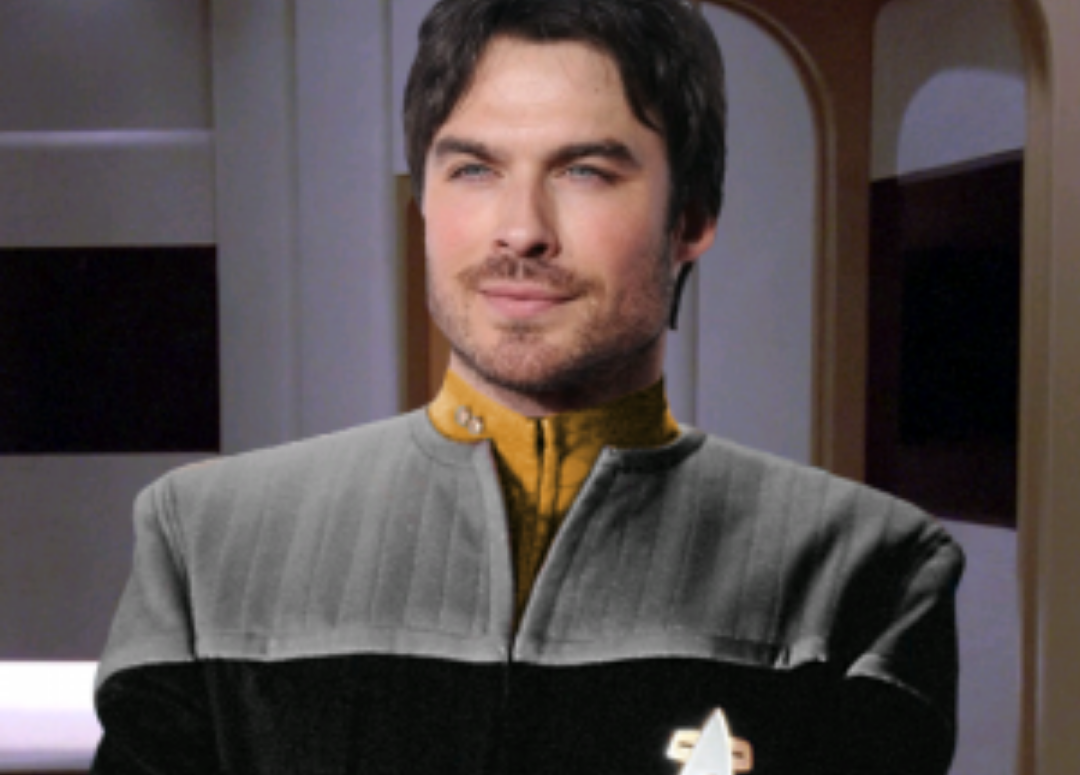 Matt might be called easygoing. He has a very calm demeanor that coincides with being a natural listener. He always has time to listen to what others are saying. Aside from that, he has no problem sharing things about himself but does not do so overtly. He may offer advice when asked but he's not pushy. His hair is kept tapered and parted down the middle, or sometimes kept in a fade, spiked upward in front. Fit physique for one that exercises regularly. He walks with confidence and typically carries an almost imperceptible smirk. Typically confident about himself and his actions. Has a really good working knowledge of hand weapons from many cultures. Strong sense of duty and loyalty.

Born on November 29th, 2361 in New Berlin, Luna while his parents were enroute back to San Diego, Earth for shore leave. Matt doesn’t remember anything about his mother, as she was killed fighting the Borg at Wolf 359 while his parents served aboard the USS Melbourne. At the time, Matt was with his father as James was stationed on Mars, tasked with shoring up the Mars Defense Perimeter for the attack. After the loss of his mother, Matt moved around with his father to various Starfleet assignments. James kept busy to keep the hurt away, which impacted his relationship with Matt. While James Templar was serving at Outpost Omega near the Tholian border, Matt started Aikido lessons. He kept up with it through to adulthood. Always being around Starfleet officers from various worlds had a big impact on Matt. He developed a deep understanding of the Federation and the importance of Starfleet, despite his mother’s death. Around the age of 13, Matt started learning how to shoot energy weapons. This would develop a keen interest over time to include various weapons of Federation, Klingon and Romulan design. In an effort to stay busy, Matt picked up an avid interest in sports, notably Parrises Squares and baseball. Matt became a fan of the Cestus Comets and still enjoys watching their games over subspace.

Choosing to join Starfleet was an easy decision for Matt. He wanted to serve the Federation in some small part. Matt passed the Starfleet entrance exam on the first try. He quickly utilized his weapons and defensive knack to pick a career in the security branch.