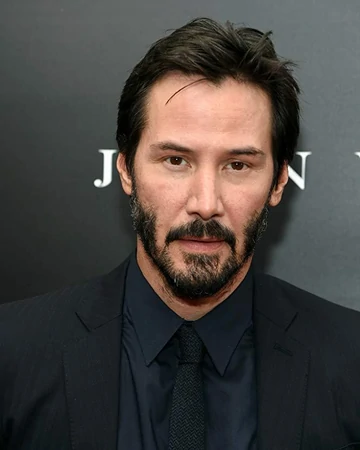 Lieutenant Henry Maxwell resides at the Devron Fleet Yards in the Devron System while in Command of Task Group 44 that is assigned to Task Force 93, assisting in coordination of Humanitarian Efforts as well as monitoring patrol reports along the border as well and making suggestions along the way. He has yet to give a full command decision to anyone under his command, just laying out suggestions for the time being; as well as having yet finding a more permanent home for himself, yet it be a Starship or just remain at the Fleet Yards. He strongly dislikes dishonesty, people who nag and are impatient, and broccoli. He does however enjoy Piloting, Competitions and Taco Pizza or Taco Salad!

Henry Edward Maxwell was born in St. Paul, Minnesota to a Robert Maxwell and Julia Maxwell, being the fourth child in the family along with Daniel Maxwell being his older brother, James Maxwell his second oldest brother, and Rachel Maxwell being his sister, third oldest. So yes he was the youngest in the family, but he would not be for long. At the date of February 18th, 2370 of his birth, Daniel Maxwell would be six years old, James being five and Rachel being three.

The family was quite competitive at this point, they were very much active in sports and when Henry reached the age of six, they were all doing a bunch of racing out in their large back yard that was essentially a dirt circuit at their main home in Ham Lake, Minnesota. Henry would race his brothers and sister on ATVs and dirt bikes around the circuit almost every day. One day, Henry managed to figure out a trick to get past his siblings and finally win a race for once. But if there was a day that they were not racing, they were out tubing with their father who drove the boat on Ham Lake or bigger lake the Coon Lake; and they would compete to see who can stay on the longest. Though when winter came, they switched it up to snowmobiles.

On August 22nd, 2377, Sarah Maxwell was born at the same hospital in St. Paul, Minnesota. This made it where Henry was no longer the youngest sibling. Even though at seven years old, he felt some importance to help his young sister be prepared to deal with the older siblings, so he helped out his mother and father any way he could with his sister Sarah. The thing he did notice though, was that nearly every sibling, including himself, hated broccoli. Except for Sarah. She was the only one who loved it and that was the one thing they teased her for, for fun of course.

Over time as he grew up, Henry began to realize how much he really disliked dishonest people along with people who nag a lot. It just bothered him so much that he nearly got into a fight with some kids at school for someone lying to their teacher about something. But what he has found himself enjoying a lot, is operating a vehicle, such as the ATVs, Dirt Bikes, Snowmobiles and even Jet Skis. He was also becoming quite good at playing the Target Range where they took a civilian hand phaser and used it at the range, essentially getting the highest score amongst his siblings.

During Henry’s years at Starfleet Academy, he had strived to not only be top of his class but to also beat any records his older siblings had left behind. And being that his sister Rachel wouldn’t be graduating until 2389, he worked even harder to achieve his goals as the best student of his class. Always running around campus from class to class, doing extra work, even helping others. But it was when he met a female Andorian, that unfortunately he forgot her name, when he started to slack a bit due to some…fun times in his quarters when his roommates were not around…but it was a mere fling that lasted for a year and after that, he picked himself right back up and was back on track.

After Henry graduated from the Academy, he was assigned on board the USS Essex where his brother Daniel Maxwell was serving on, already a Lieutenant Commander. Apparently his oldest brother had been doing everything he can to be noticed, to make some achievements without putting anyone at risk. And it seemed that the Captain of the Essex had decided to take Daniel as a prodigy, wanting to train him to becoming his next First Officer, but first he had to be the Second Officer until the current First Officer is either reassigned or promoted and reassigned.

But for Henry, this didn’t matter much to him. He wasn’t going to expect favoritism or anything of the sort from his oldest brother. So he just did his duty as a Flight Control Officer, taking the helm on Beta Shift and piloting the shuttle every now and then when it was needed or when transporting wasn’t safe. Nothing too exciting happened with Henry here around this time, just doing his duty until he was promoted and assigned as Assistant Chief Flight Control.

After much dedication and commitment that Henry put into, not only was his brother Daniel the new First Officer, but he too was the Assistant Chief Flight Control Officer with rank of Lieutenant Junior Grade. He was happy. He got to fly the ship more often when ever the Chief was away, and got to do more important things as well. Being able to assist the Chief with assignments and other duties was something he had been wanting to do since he graduated from the Academy. Henry wanted to Command. He wanted to get to where his brother, Daniel, was and much more. But he knew he had to keep working at it, he had to continue his dedication to the crew, to the ship and to his Captain but as well as stay committed to his duties.

His first assignment as the Assistant Chief was dealing with a rogue pilot that was fresh out of the academy and wanted nothing more than to take control of the helm at all times, even doing things their own way. But Henry wasn’t going to have it. First he spent several days getting to know the guy and trying to talk some sense into him, but when Henry was starting to get no where, it was when the guy tried to pick a fight with Henry that Henry was able to break down this man’s barriers and get to the heart of the problem. After Henry sorted it out, he forgone reporting the incident that would of likely ended the guy’s career, and helped him along the way to ensure that he would take things into consideration and not try to be too much of a control freak.

Henry was approached by both the Captain of the Essex and Captain of the Portland in the opportunity of becoming Chief Flight Control Officer on board the Portland, along with a promotion to Lieutenant. Of course Henry didn’t turn it down but he knew that this meant he would be on his own without one of his siblings looking out for him, which he was completely fine with. When Henry made it aboard the Portland, he made very little changes to the structure under him for the Flight Control section, and simply enjoyed his time on board for several months until an incident with a renegade Klingon Vorcha Attack Cruiser.

The Portland being only an Ambassador Class, she had difficulties keeping up with the Vorcha Cruiser. Eventually a couple more starships responded to Portland’s distress call but not until after the ship took a nasty blow from a photon torpedo right into the hull of the dorsal saucer section near the bridge, which the proximity and the resulting power overloads caused the helm station to blow up in a shower of sparks. The Bridge was warned of a potential overload at some stations, the Helm being one of them but it was a little too late, as by the time Henry stood up to get away, the console erupted.

The Portland now sits at the Devron Fleet Yards, decisions to repair the ship or to scrap her are ongoing while Henry recovers from his injuries at the main medical facility. By the time he did fully recover from his injuries, passed his exams and rehabilitation programs, he received word that he was being reassigned as the Commanding Officer of Task Group 44, that was assigned to Task Force 93. He wondered if his brother, Daniel, had anything to do with that. Of course his siblings knew how much Henry wanted to Command, but the only one who could potentially have influence was his oldest, Daniel Maxwell, who was on his way to being Captain. But Henry pushed those assumptions aside and took his new position without question.