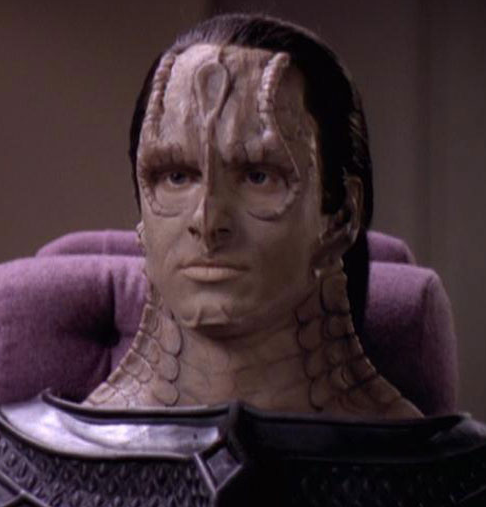 Typically young Cardassians have more ridges than Dejar, especially at twenty-seven. At the Union Acadamy he would be called a child, or a Lvng'Thioss (an un-"naturalised" Cardassian) for looking to human. A man of average height for a Cardassian, Dejar looks as if he were starved. Dejar, being a Federation officer, knows he has to fit into the uniform - which are much thinner than a Cardassians armor. His eyes are naturally lighter, the faith-full glare often making her look as if he were about to fall asleep.