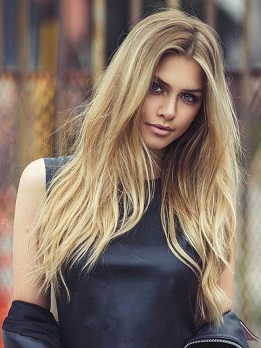 Trained in ship operations at Starfleet Academy, with a dual major in computer science, she has served for the past eight years on Starfleet vessels. First on the USS Archimedes and later, on the USS Steadfast.

Born in 2366 on Vulcan to Elizabeth Addams and Sorek. Elizabeth was an artist who loved the intellectual serenity of Vulcan; when she met and fell in love with Sorek, a member of the Vulcan Science Academy, she was happy to make a permanent move to Vulcan. Their only child, Savryn, was born three years later. Being both gentle and shy by nature, Elizabeth adapted easily to Vulcan society though privately, at home, she remained true to her emotions. Sorek understood this about her; because his work required a great deal of his time, he created for her a private oasis outside of the city where she could pursue her art and raise their daughter in peace. He joined them there whenever his duties permitted.

Life was no so idyllic for Savryn. Because her mother was free with her emotions at home, she identified strongly with the human side of her heritage and found adapting to the chill of Vulcan logic to be difficult at best. Elizabeth died when she was eight years old after a prolonged illness and Savryn found herself alone for the first time in her life.

Sorek, who had been away more often than not, now oversaw her training and, because he believed in the rightness of Vulcan philosophy, now sought to correct Elizabeth’s mistakes and teach his daughter the proper way to behave. By the age of ten, it had become clear to everyone that Savryn would never embrace Vulcan logic and a decision was reached that she would go to live with Elizabeth’s family on Earth. Sorek believed that this decision would give her the chance to decide for herself who she wanted to be though he (Sorek) found it … difficult … to let this last piece of Elizabeth go.

In Savryn’s mind, she saw this as a failure on her part and rejection by her father and by Vulcan itself. Max, her maternal grandfather, was a veterinarian who specialized in working with problem horses. Max believed in a holistic approach and incorporated acupuncture, hydrotherapy, and natural medicines in his treatment approach. Catherine, his maternal grandmother, was a horse trainer who helped Max in his work. The move to their ranch and horse clinic was a difficult one. Savryn didn’t speak to anyone about anything for the first year. She was lost and alone and rejected but she was with people who understood how to reach troubled souls.

By the time she was thirteen, Savryn was thriving. Life on the ranch meant a lot of work but she was good with that. She mucked stalls, hauled hay, groomed and exercised horses helped mend fences, and a hundred other things. She competed, the way every teen in the area seemed to, in the local rodeos and while she won now and again, it would only be for fun with her. Sorek kept in touch though the conversations were always awkward and over time, shorter and shorter. When she was fourteen, Sorek insisted that she begin training as a telepath and understand … certain realities … about being Vulcan. Mercifully, the lessons lasted less than a year.

She was smart, even by Vulcan standards, with an eidetic memory that made homework and tests easy to pass. She sought a challenge and found it working with computers and in helping design holoprograms. At the age of 16, she and a couple of her friends started mapping out a series of mystery holo-novels set on different Federation worlds. The research was fun, the work interesting, but it also grew in her a desire to discover what was out there. The ranch that was her refuge was growing too small for her.

One of the Great Uncles, Max’s brother, knew a lot about astronomy. She treasured those visits when they would look up at the stars and talk about other worlds. By the time she was sixteen, she knew what she wanted to do. See those worlds. See what was out there.

2387-2391: Starfleet Academy, Dual Major in Operations and Computer Science. The Academy was challenging and her instructors proved adept at uncovering her weak spots. Still, she thrived and found for herself a career path that combined her need to explore with her interest in computers.

2391-2395: Operations Officer, USS Archimedes. Four years on the USS Archimedes. She started going on away teams (which she loved) and was promoted to Shift Lead. She proved to be a capable leader who understood her team and could be relied upon to get the job done. She helped institute the yearly games – a series of events in which all departments competed for bragging rights. None of the events required particular skill and all had to have a humorous component to be included. Probably the hardest part was overcoming the systemic bias that existed; once they knew she was half-Vulcan, everyone seemed to have set expectations of how she was supposed to behave.

2396-2399: Assistant Chief of Operations, USS Washington. It was aboard the Washington that she first experienced combat. The hours got longer, the work got harder. She still went on away teams owing to her growing expertise with alien computers and added a few choice Orion swear words to her collection. The away team was caught and held captive by members of the Orion Syndicate for two weeks until rescue could be attempted. That was a difficult time.

2399: After suffering heavy damage, the USS Washington returns for a major refit and Savryn, rather than remain with her ship the way she wanted, was reassigned as Chief of Operations for the USS Hippocrates.