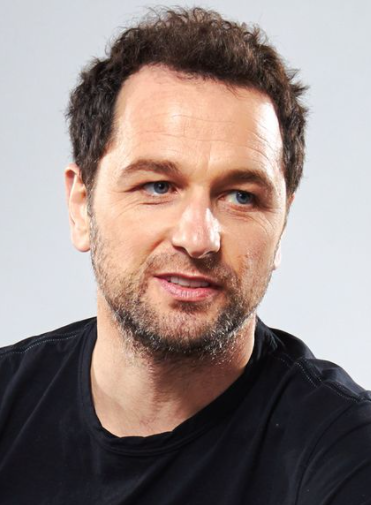 A career officer of over twenty years in Starfleet, Sebastian was the First Officer of the USS Apache when the Burn occurred. Upon the death of Captain Nilsen, who was killed when the Apache was destroyed by the Burn, Bennett led the survivors to construct the Resilience, by salvaging parts of various ships found in the shipyard. Bennett is determined, stubborn, and very focused. He lost his family to the Burn.

Bennett was born in Kuala Lumpur, in 3023. The son of a Starfleet captain and a medical researcher, he lived in Kuala Lumpur with his mother, while his father patrolled the Alpha Quadrant on the USS Genoa until his retirement, in 3046. He has an older brother, Christopher, who also served in Starfleet, as well as a younger sister, Monica, who is a schoolteacher in Venice.

Sebastian attended Starfleet Academy in Paris, majoring in Operations. His first training cruise was on the USS Halifax, patrolling the former Romulan Neutral Zone. The Halifax was involved in a few skirmishes with Orion pirates during Bennett’s tour, giving him his first combat experiences. He remained on the Halifax after his graduation, serving as computer specialist.

Over the next few years, he rose through the ranks in the Operations department. He was promoted to Chief of Operations on the USS Asimov, and  eventually was promoted to Commander and First Officer on the USS Apache, an Eisenberg-class vessel tasked with securing the Barzan sector, which included the New Glasgow shipyards. It was during a supply run to New Glasgow that the Burn occurred. Bennett, who was on the shipyard at the time, escaped the destruction of the Apache, but Captain Nilsen, the Commanding officer, was killed, along with a good portion of the senior staff.

Sebastian’s brother, Christopher, was also killed by the Burn when his ship, the USS Ticonderoga, was destroyed in orbit of Bajor.

In the aftermath of the Burn, Bennett assumed command of the surviving crewmembers. He quickly organized the efforts to construct a new ship using discarded hull sections from the New Glasgow shipyard, leading to the battlefield commissioning of the USS Resilience. The senior staff chose the name to symbolize Starfleet’s indomitable spirit in the face of adversity.

Bennett served on the USS Melville as Chief of Communications. During a layover on Beta Taurus Six, Sebastian met Eve Gauthier, a civilian transport coordinator. The two hit it off, and began a relationship. Eve joined him on the Melville, and continued her work as transport coordinator while living on the Melville. Their daughter, Alyssa, was born a few years later.

Eve and Alyssa were both on the Apache when the ship was destroyed by the Burn.