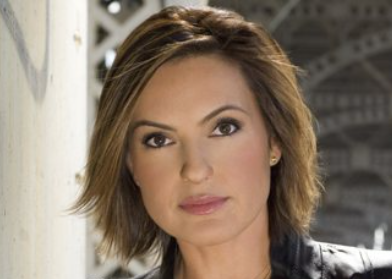 Jana is a hard nosed human Native American girl that is slowly getting a soft spot in her after all of the injuries that she suffered in a freak accident on the USS Melbourne-A. After losing her left arm and right leg in the accident, she was reassigned to Starbase Bravo for both rehabilitation and to train new cadets in the Academy so they can be the best Officers that they can be

Jana came from a long line of Ohlone (pronounced “Oh-Lo-Nee”) Indians that made their roots in what was then called Northern California. She was raised near Starfleet Headquarters in the city that was then called San Jose. She was a caring soul but always seemed like she wanted to start up a fight when she was a young girl.  She really hated bullies and would not take anyone abusing someone else either verbally or physically.  This kept on for the better part of a year when she was 11 years old.  Middle school brought on a different environment for her.  Some children were trying to test the limits of others… trying to see who the Alpha males and females were.  A lot of those tests were many shouting matches and obscene name calling with other children.  By the end of her 7th grade school year, she decided that enough was enough. She went berserk in a last confrontation with three school girls in an actual fist fight. Breaking two of the three girl’s noses, she was sent back home to eventually be home schooled for the rest of the time she grew up.  During her home schooling, it was her mother that took on the task of teaching young Jana on the ways of the world and on the academics of school.  With her mother being a former high school teacher, Jana seemed to get a head start on her education.  Of course, her mother knew how to deal with her temper so there were many time outs and many times that she was being grounded for acting up and speaking her mind.

Slowly, she looked towards the stars as she heard about the Dominion War going on well across the galaxy. She was too young to be involved in a war like this but when she lost her brother Jason in a Jem’Hadar battle, her focus was solely on one thing… She wanted to honor her brother by doing the one thing that he always dreamed of, exploring the stars.  Her older brother, Zach, was a flight control officer aboard the USS Phoenix.  He was five years older than Jana was but he could not help but to see her as his little sister.  Zach wanted Jana to try to stay at home and grow up to be something special.  It was a last message that Zach sent to her that sent Jana on her dreams in space.  In his own way, he ket fighting with Jana’s dreams of seeing the stars but when he was killed in that fateful Jem’Hadar attack, there was no stopping Jana now.  She did not graduate High School with honors but she had a dream…  To honor her brother, she applied to Starfleet Academy as soon as she graduated.  Starfleet denied Jana’s requests to join because they seemed that she was too volatile.  With a new peer program being enacted at the Academy, Starfleet finally accepted her applications as she then made the short trek to the Academy Headquarters.

The Academy was very grueling for her.  She was never a model student but she was able to get by in her classes, especially from the peer, Serena Two-Stockings, that was assigned to her.   if it wasn’t for Serena helping Jana out in some of the problem solving issues that the Academy was offering, she would have been stuck as an enlisted crewman swabbing the decks of some supply ship.  She was never sure what field of study to get into so she tried everything that she could.  Security was the easiest major but she needed more to stimulate her.  Sure she can shoot a pistol and guard people but there was a higher calling for her.  Asking for help and hearing the suggestion from Serena, she embarked with her on what the Native Americans called a “Vision Quest”.   Calling for her spirit animal, a fiery bird flew down to her and squawked at her very loudly.  She was not exactly sure what the fiery bird meant but it seemed that her calling would come later on.  Serena agreed with that and told her to “follow the Phoenix”, which she would find out later was to follow her heart.

After the Vision Quest, She decided to go into Operations.  She wanted to know the inner workings of things.  Distances, reports… maybe some scientific things.  It was a catch all degree as that seemed to be her calling.  She was still trying to control her inner demons and was too bossy towards some people, especially on her Cadet cruise… but she was glad to have Serena by her side.  it almost felt like Serena was the yin to her own Yang… but she eventually pushed things too far by trying to make Serena more than friends with her.  Serena did not take that very well as she politely denied Jana’s request to take their relationship further.  They still remain friends to this day though and keep in contact when they have some free time..

Of course, she did not graduate with honors so she was sent to the outer reaches of the galaxy.  By then, the wars were over and exploring seemed to be the main concern for Starfleet.  She rose through the ranks as an assistant of Ops on two starships.  The first was the USS Campbell where she served as the Assistant Ops Officer for the first 7 years of her career.  After that, it was the USS Melbourne-A, serving as the assistant again.  It took her about 12 years to finally reach Lieutenant Commander as she was heading up Ops on the Melbourne-A until… the accident that changed her life happened.  While working on an engineering conduit running some tests, it immediately exploded in her face.  The blast sent her backwards just a few feet but she was met by long metal spikes that severely lacerated her left arm and right leg.  The medical staff tried their best to save the two limbs but it was no use.  Gang green already set in and there was no saving them.  Losing both limbs, she was very distraught until she was refitted with bionic implants.  These implants were not on the level of the cybernetics that were banned in that day but they did look like the real thing.

After a year of therapy, both physical and psychological, it was recommended to her that she needed to have a task where she did not have to move around very much but still be in the eyes of the future.  That assignment was at Starbase Bravo on Mellanox III where she is the Personnel Officer there for the time being.  Yes, it is a desk job but she can still be able to help the Cadets of the future.  Now that the Synthetics ban had been lifted, she is looking forward to two very important things in her life.  First, she wants to get a working arm and leg back and… Second, she eventually wants to command her own ship.  She is not picky about what ship she commands or what missions are ordered to her by Starfleet Command.  Just to have her own ship and a crew to command… maybe that was the vision of the Phoenix all along?  When that promotion to Commander comes, she will be ready… with her fiery Phoenix guiding her every step of the way.