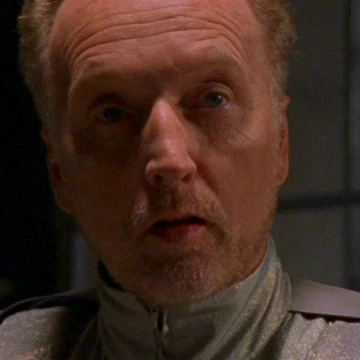 Born October 31st, 2354 to Aaliyah and Val Gregorios. Alistair had a complicated birth, as he needed to be removed from his mother’s womb via transporter, which nearly killed him. The doctors at the medical facilities in Marseille told his parents he had a 15% chance of living to his first birthday. They both looked at the doctor and laughed and told him he knew nothing, even with all of his fancy tech and degrees.

Sure enough, one year later Alistair returned to the doctors with his parents and the doctor shook his head when he realized that this was the boy he had mostly sentenced to death. He turned to Alistair’s parents and apologized for his ignorance.

Four years later in 2359, Alistair would become a big brother to his sister Vashti and he knew that his life was about to take a drastic turn. He knew that he would protect his sister from anything. Little did he know just how correct and how incorrect he was, and how she would test not only his patients but also his morals.

Throughout his school years, Alistair was continually having to defend his sister. Whether it was bullies or touchy-feely boys. He always was in either the principal’s office or locked up at the county detention center. At first, he just felt that it was his duty to protect his sister, but as he grew older, he saw her as more and more of a nuisance. But being the older sibling and her brother, he continued to take the blame and defend her from all the “evils” of the world, even at the continued cost of his reputation.

It wasn’t until the birth of his twin brothers in 2367 that Vashti was calming down some and not causing Alistair so much trouble. Though he did still get into trouble because of her and the twins.

In 2371, while Alistair was attending the last year of high school, his parents once more gave birth to another girl, another sister for Alistair, Veva.

Just before his graduation, Alistair was arrested, for nearly beating the life of a boy that had thought it would be fun and funny to hit his little sister Vashti. As he stood before the courts and was about to receive his sentence, a man in a black and red uniform stood up. Alistair looked over as the man spoke to the court. He knew the uniform that the man had on, but what he didn’t know was who the man behind the uniform was or how he gained all that he had.

Alistair watched as the man approached the judge and continued to watch as he spoke in a whisper to the judge, whose complexion completely changed and appeared ill.

A police officer then walked over to Alistair and removed the cuffs from him as the man dressed in the Starfleet uniform appeared as the officer stepped aside. He then handed Alistair two documents; one being his diploma from High school and the second an application to Starfleet Academy.

After looking up from the documents, he noticed instantly that the man was nowhere to be found and that the courtroom was completely empty except for him.

Arriving home, he found his sisters and brothers both sitting on the porch with tear-stained eyes. It wasn’t until then he realized for a second time that his life was about to change again.

For four years Alistair grew his knowledge of both how the fleet as a whole worked in its peacekeeping operations and its exploration operations. He could be seen on the bridge of one ship and then in the next instance in a command center of a deep-space station, learning the fundamentals of how to command. All the while he was still in the shadows of the fleet learning how to mess with it and bend it to his will it seemed at times. He knew things about how the fleet operated that not even the most veteran of ship Captains or Admirals knew while he was still being trained at their Academies.

Joined Starfleet Academy at 17 with parental consent from his Father. Attended several meetings with the man who had sponsored his enrollment into the Academy.

While under disguise Cadet Gregorios is to infiltrate a known terrorist cell without being detected. Gather intel while remaining undetected. Sabotage any Weapon Caches, Spacecraft. Should the Cadet find any Starfleet Intel the Cadet is to copy said intel and destroy said intel. Cadet is to depart from Red Squad while the squad is on its 24hr standby mode by any means necessary except permanent disablement. Cadet will have 72 hours to gather and sabotage the terrorist cell. Cadet, will rendezvous back with the TC via a shuttlecraft 24hrs after the mission is completed. Should the Cadet, unfortunately, become captured, Starfleet will deny all responsibilities towards the Cadet’s actions and the Cadet will be on his own. Should the Cadet miss the rendezvous with the TC, the Cadet will be on his own to make it back to Starfleet HQ with any intel. From this point on “Cadet Gregorios, Alistair” is considered to not have existed. The mission was almost a failure as Alistair was nearly discovered by one of the terrorists but not before being knocked out by Alistair. In the end, Alistair was able to rendezvous with the TC and then once back to the Academy was able to report back to Starfleet HQ with his discoveries.

Alistair successfully departed his own timeline and had returned back to the 22nd century. While in high orbit and well out of sight of any tech located a well suitable place in which to hide the Timeship, a deep-sea trench known as Mariana Trench. Which he was lucky that it had yet to be fully searched in this part of the Timeline. After securing the ship in the trench Alistair transported to the surface and headed for the Warp Five Complex in Bozeman, Montana where he hoped to find someone willing to listen to his case on how the Warp Five Engine wasn’t going to work because of a faulty housing for the reactor. Alistair was met with hostilities at first. I wasn’t until a chance meeting with an Engineer that would become the NX-01 Chief Engineer, Charles “Trip” Tucker III. After convincing the Engineer of the issue with the Warp Five Engines. He then passed along the correct housing for the reactor. He then excused himself from the Engineer and slipped into a restroom, he then transported out of the restroom and into a restroom near a launchpad. Moments later he is sitting in the cockpit of the Timeship, however, before setting course for his own time he remains there in the 22nd century to inspect the progress of the Warp Five Engines. After he was satisfied with the progress he departed for his timeline. Upon arrival, he debriefs with his Sponsor. He relinquished his rank and returns to the rank of Cadet Junior. He then rejoins the rest of the Cadets at the Academy and resumes his training.