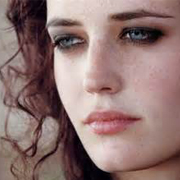 Aurelia’s father is English and a chef, he owns his own restaurant in Newcastle. Her mother is American and is a doctor and had a brief career in Starfleet Medical before meeting Aurelia’s father and moving to England. Her elder brother is 39 years old and is a Commander, serving on board a starship as executive officer.

After leaving school, Aurelia attended university where she completed an Engineering degree, it was whilst she was at university that her brother joined Starfleet and when she graduated, she decided to follow in his footsteps and joined Starfleet too, continuing her training as an engineer, specialising in warp theory.

After graduation, she was assigned to the USS Pavonis as an engineering officer, she met and fell in love with her soon to be husband Jordan Desmond and during that time worked her way up to the position of Chief Engineer. Shortly after this appointment, she fell pregnant with her son Joshua but it was after the birth of her son that her relationship turned sour. Aurelia had developed a taste for command training and it was a career move that her husband disagreed with. Accepting a transfer to the USS Trident as second officer to further her career meant splitting up her family. The resulting transfer and distance between the couple ended their marriage leaving Aurelia a single mother. Despite this, her career has flourished and in 2387 she was transferred to the USS Akagi as her executive officer.  Unexpectedly, later that year, she was made Commander of the ship when her Captain went missing.