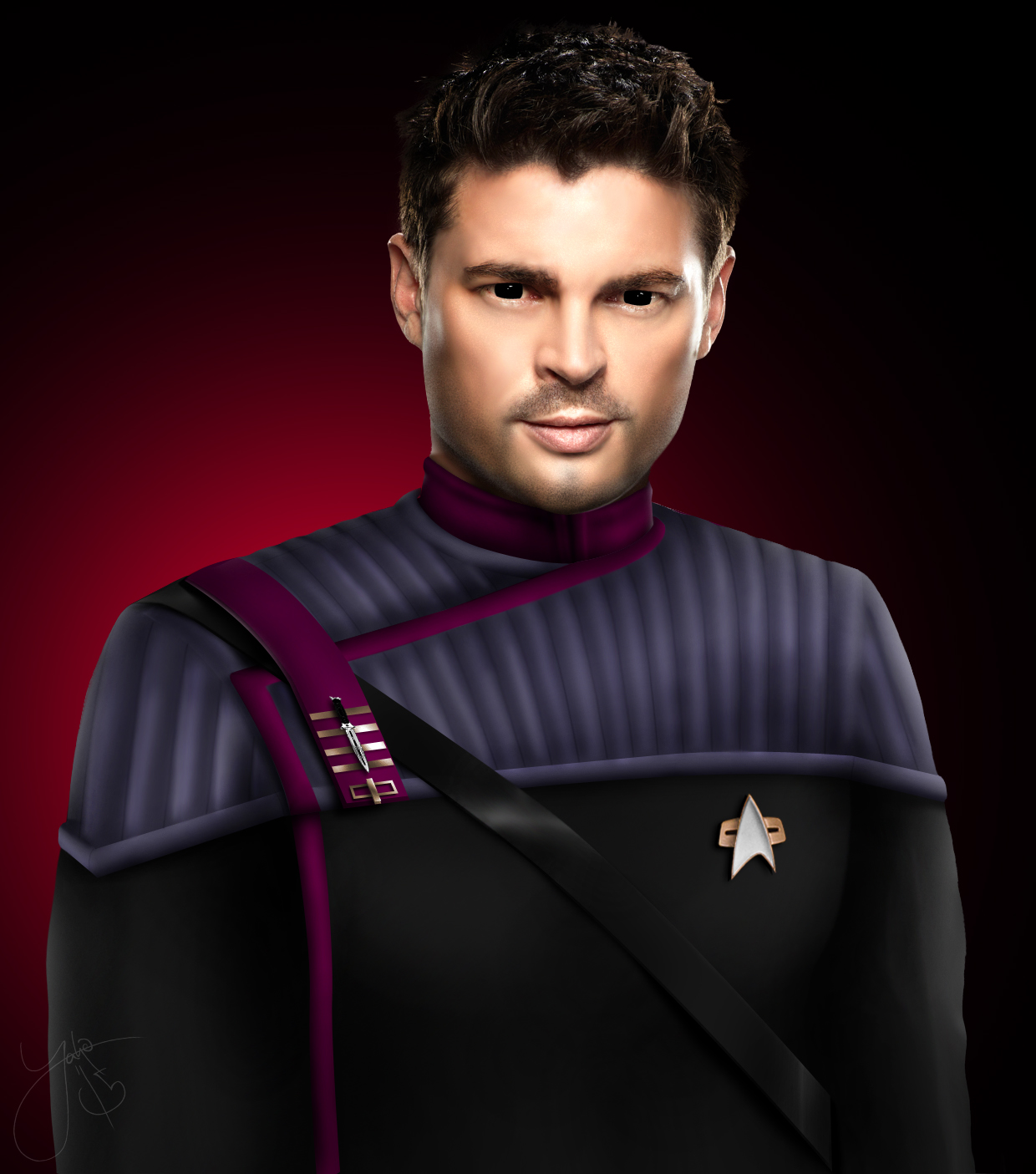 Physical Description: Talloc has a thin, muscular frame that clearly shows nearly 20 years of continuous service in the defence of first the Terran Empire, then the Terran Rebellion.

Distinguishing Marks: Tattoo of the Unit insignia of the 277th Imperial Harbingers Regiment on left shoulder
various scars. Like many Betazoids the irises of his eyes are completely black.
Aside from this he has no other noticeable features and deformities
Medical: Talloc is in good health considering his service as an Imperial Marine, however, he is showing the signs of age and the general wear and tear of being a Marine and Resistance Fighter living on substandard rations for fifteen years Aside from this he has no other medical issues

General Overview: Talloc is a cold calculated person, brought on by a career as an Imperial Marine. He has little time for weakness, and is well aware of what has to be done and when to do it. He was instilled with the virtues of the Empire at an early age, even though as a near-Terran Alien, he was held with contempt by his Terran superiors. He is an avid hunter, and still quite capable of hitting targets down range.
Strengths & Weaknesses: Being a Marine officer Talloc has the training and upbringing of an Imperial marine, and such, is physically fit and strength comparable to front line Marines despite his age. He is physically in perfect shape, with nerves of steel, he would march into hell and back for his brother Marines, even though he is now stuck on the bridge of a starship. However since fall of the Empire, Talloc has become somewhat cynical about the rhetoric that is sprouted by the Restorationist Faction. He became somewhat protective of the troops under his command, as they survived the war he doesn’t want to waste them on a minor mission

Ambitions: Talloc has no real ambitions, unlike some of his command. He wants to see an end to the Alliance, but not necessarily a restoration of the Empire, but realises that appeasing the Restorationists which small in number have some of the more vocal members of the Resistance
Hobbies & Interests
Talloc has very little time for hobbies, but he does read in his spare time