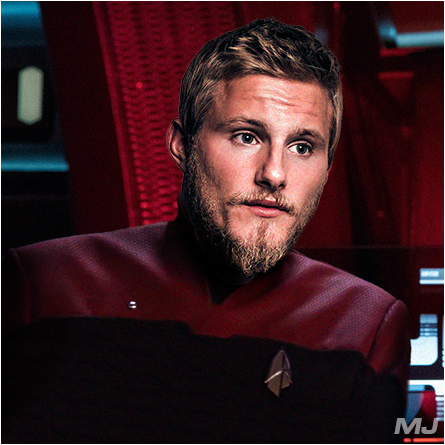 Born to a Jonathan and Maria Williamson, both retired Officers from Starfleet Command, and both respected in their fields. His father, a former Chief of Security, and his mother, a former Counselor. Dearborn was born in 2378, shortly before his parents had retired in the wide-open country of middle Texas, on his parent’s private estate and farmlands. Having been taught by both of them at an early age, Dearborn knew how to hunt and survive off the land as well as listen to how someone spoke to him, both verbally and through the tale-tell signs of their body language. He could see and feel, not with his mind as a betazoid could, but rather with his own intuition if someone was lying or hiding something from him.

His schooling was like most everyone else’s, except for his father and mother’s teachings when he had vacations from schooling or when they thought it best that he learned skills that most would not have gained from a schooling environment. Just before he graduated from his Higher Learning, he took his mother and father aside to gain their blessings for him to join Star Fleet. He could not have made them prouder at that moment in time; however, they may not have liked his choice of studies while attending; they both knew that it was his choice in what he decided to do with his career in Star Fleet.