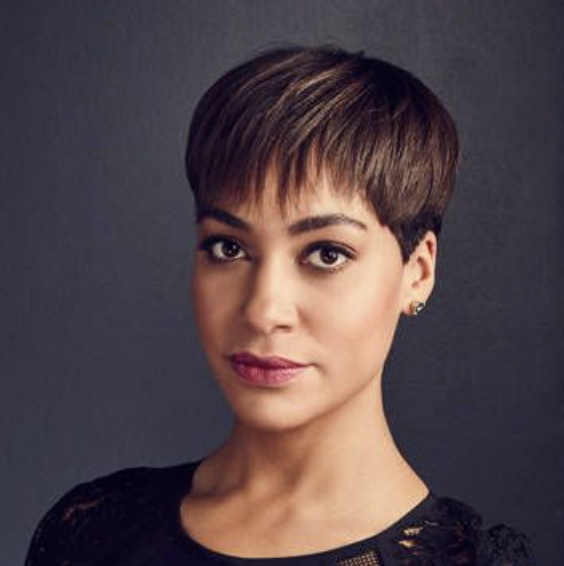 Commander Pope is currently serving as XO of the Nebula-class USS Cygnus under Captain Maxwell Stafford.

TBC
Helena was the youngest of three children born to career Starfleet officers both with their eyes on Command. Reginald, her father, was serving as Chief Helmsman and Second Officer of the USS Bantu while Sam, her mother had taken a posting to the Starbase the Bantu was based out of. The three children were held to exacting standards and we’re expected to join Starfleet and earn their own commands. This was drilled into the children over and over, and the expectation of success was applied to all their endeavours.

Reggie Jr, her brother and the oldest child, displayed an aptitude for sports in his youth, their parents only saw this athletic ability as an asset to serve in Starfleet and that while it would help him in Security, “Captains wear red” was a common response from their parents. Samantha, only a year and a half older than Helena, served as an ever-present yardstick.,

“Your sister could already do that by your age.” Was the ever present reminder whenever Helena struggled at anything in life, and meeting her sister’s abilities never seemed enough, it was as if each child was supposed to improve on their elder siblings’ accomplishments. Like a high score each child had to beat, her parent’s high score, that was to prove they were more efficient parents after each round.

Despite the pressure, growing up around Starfleet and on starships, Helena knew she wanted to join. She was completing practice entrance exams before she even began high school and her parents would grill the children on standing orders and procedures over dinner.

As she entered the academy her father retired, regretting accepting his promotion to Commodore and be assigned a desk job he constantly reminded the children that once you get the big chair you don’t give it up. Their mother, still a Captain at the time generally agreed but also had her eye on Admirals pips and a fleet command.

Helena did well in the academy, her rigorous preparations meant the shock to academy life most cadets experience was alleviated. She quickly found herself at the top of the class, but during her academy years, it became harder and harder to stay there.

She graduated in the top 5%, given her sister had been Valedictorian and her brother Salutatorian and captain of the velocity team her parents were less than impressed with her finish. Her mother now Commodore and commanding a deep space Task Group was able to make it to Earth to attend the commencement.

Ensign Pope was assigned as a security officer aboard the Intrepid-class USS Haida Gwaii, tasked with exploration operations on the rimword side of the Federation. Her service here in her brief time earned her promotion to Lieutenant JG in under a year. 8 months and 16 days, three months faster than her brother, and 2 days faster than her sister.

Her mother arranges the party to celebrate the promotion herself. The promotion also came with reassignment to another Intrepid-class the USS Bellerophon. The ship was under the command of Captain (NAME) and Commander Christopher Branson.

Despite her short tenure here, just over a year, she earned the respect of her crewmates and praise from her command team. Branson in particular was impressed with her abilities and pushed for her to be promoted to a department head billet.