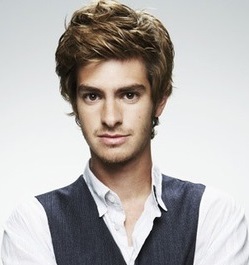 Saul is an intuitive, highly adaptive, fast minded, creative thinker. He is quick to see all the pieces of a puzzle and is often already steps ahead devising a solution to a challenge. He has an analytical, deductive mind that questions everything and excludes nothing. This makes him a true outside of the box thinker. On the other hand, he is often perceived as recalcitrant, chaotic, overly inquisitive and downright rude, Saul had his fair share of problem fitting into any group or team. Some of his professional methods are considered unorthodox to say the least. On top of that he is known to indulge himself in many a vice that border on the line of legality.

Childhood:
Saul hails from the Mars, the Utopia Colony to be more precise. His parents owned a dinner next to the main shuttle port leading up to the famous Utopia Planetia Shipyards. The restaurant was frequented by Starfleet personnel, naturally this had a profound effect on Saul’s dream to join Starfleet. A dream greatly nurtured by his father.

Robert Pienaar had always wanted to join Starfleet but due to an extremely rare condition afflicting his lymphatic system he was unable to undertake any form of space travel. So when his son started dreaming about joining Starfleet, naturally Robert nurtured this dream. Together they would ‘probe’ any and all Starfleet personnel that came to the family diner much to the disliking of Saul’s mother who as she used to say was trying to run a business.

Robert Pienaar died from the effects of his decease at the age of 45, Saul was only 7.

The death of his father struck Saul particularly hard. But it was the remarrying of his mother to a Starfleet Marine Officer that really rubbed Saul the wrong way. For years Saul didn’t speak to his mother and virtually lived in seclusion from her, her new husband and their two children. He avoided family meals, spoke as little as possible and became a deeply unhappy and cynical child. It was only in the video communications with his uncle and niece that he found some solace. At the age of 16 he enlisted in Starfleet academy and chose a career in medicine rather then the marine corp. as his Stepfather would have liked. That was the last time he spoke to any of them.

Studies and First posting:
Saul was an exemplary student. He excelled at almost anything he did and over the course of his first year he opened up as a person. For the first time since the death of his father he started to dream again.

After eight years at the academy, several master degrees (Advanced Medical Sciences, Philosophy and Botany), an officers commission and a doctors degree he was assigned to his first posting, The USS Heimdal.

It was only after arriving at the USS Heimdal that Saul found out the ship carried a permanent Marine detachment and that he was assigned as their devoted Medical Officer. Later it turned out that his stepfather was behind this.

Saul tried to make the best of it but he just couldn’t cope with the Marine mentality. After a series of ‘brush ins’ with a few of the soldiers and several turned down transfer request, Saul resigned from Starfleet after less then a year of active duty.

Humanitarian:
Life after Starfleet wasn’t easy. For months Saul wandered Federation Space seeking a purpose outside the grasp of his Stepfather, until he finally stumbled upon an independent humanitarian organisation that travelled to disaster and war stricken world to offer their aid.

For eight nearly five years Saul remained a doctor within the organisation and there are many official and non-official reports on situations involving the doctor. Suffice it to say that his time as a humanitarian had a profound effect on him for better or for worse.

Re-enlistment:
At the age of 31, out of nowhere, Saul re-enlisted in Starfleet for reason s unknown. At the rank of Ensign, he was offered the position of Assistant Chief Medical Officer aboard the USS Excelsior