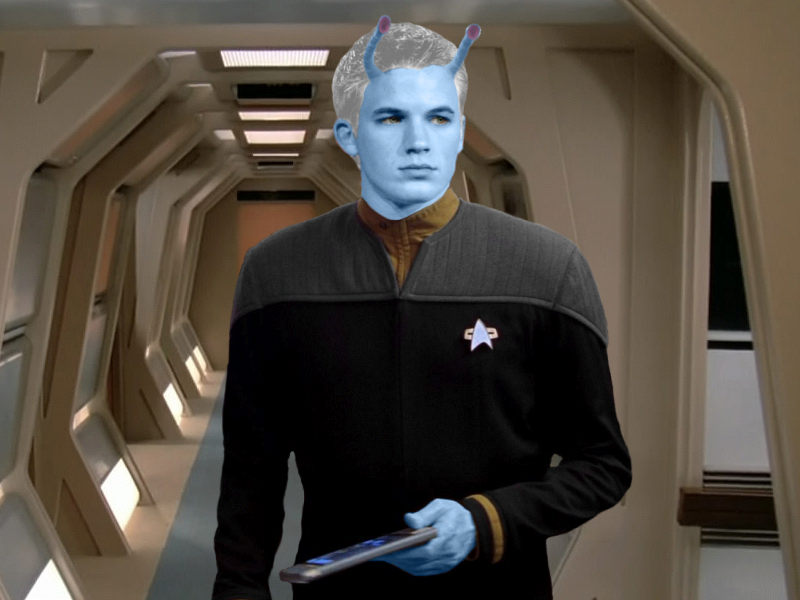 Shris isn't the strict disciplinarian that some might think of for the tactical department and an Andorian, though he does take his work seriously, personal matters are far more friendly. The switch between the two can be somewhat odd and shocking, but it's something he picked up from his family, when something needs doing you do it, then you can have all the fun you want. A firm believer in what the Federation Stands for, he doesn't agree with all the positions and orders it gives, but that is one of the core tenants of the whole institution, being able to disagree and discuss, not that he wont follow them. His attitude to the unaligned and the enemies of the Federation is cautious and pragmatic. A side he values but often lends him to conflict with those of a more idealistic nature

Shris was born on Andoria as the second of two children in his parent’s original grouping, a younger brother was later born between his father and the other female of the group.

Growing up first with the one who carried him to term he eventually spent most of his childhood with his father, a Federation Security agent, moving around often.

Moving around a fair bit he was partially self/home schooled. His beliefs were particularly influenced by his father, particularly his loyalty to the Federation along with a strong sense of duty and responsibility.

Returning during his mid-teens to Andoria, living with his mother and working hard at his schooling, initially wanting to follow his father’s footsteps into federation security but was slowly drawn with his continued interest in history towards Starfleet, along with the usual sense of adventure it offered.

During his time on his home world, Shris was first introduced to the members of his marriage group, something that affected him greatly, it was something that for people of his clan always happened younger than humans or Vulcans.

Finishing his schooling on Andoria, something he did reasonably well in, even if he was often caught up in history. With his schooling over he applied to and was selected for Starfleet Academy

Attending the academy, was a big step, it meant leaving his group and his home. So began the next chapter of his life.

Starting at the Academy, Shris wasn’t quite sure what he wanted to do at first, hed always been interested in technology but also with following in his fathers footsteps, security.

During his second year he worked out what he wanted to be, it wasnt quite security but something he found he was adept at and interested in, a tactical officer. Focusing his study he now had a clear goal and aim.

In a break between his second and third years he went back to Andoria. This was to participate in Shelthreth, the Andorian mating ritual, it was customary for all members to be present. Leaving the academy and becoming a sort of uncle to the eventual child, made him only more determined to do well at the academy and eventually.

Participation in this event was a clan tradition. That along with not wishing to distance himself from his group and upset his parents or clan members he joined the ceremony.

Returning to the Academy he would keep in touch with his group, as he continued his study.

Though he didn’t spend too long on the ship he learnt a lot, in some respects more than he did at the academy.

Being assigned to the Venture was a joy, serving on a well-respected ship of an iconic class was a dream come true.