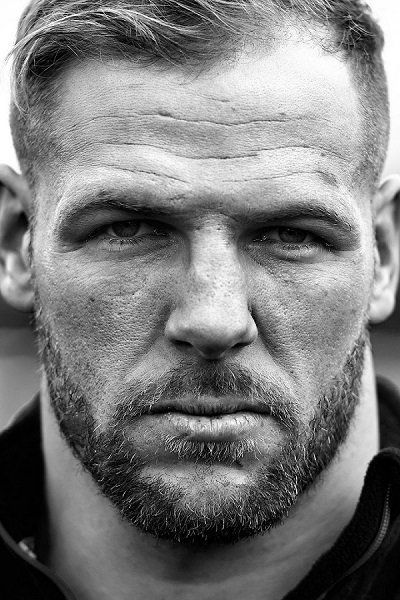 Storr is a sparkplug with features easily belying his Dutch Afrikaner heritage: Thick, broad shoulders; a square face and jaw; and a sinewy frame. He keeps his full beard closely trimmed and wears his hair in the stereotypical Marine high-and-tight (though usually longer on the top). Storr always endeavors to have his uniform crip, boots shined and be well groomed, as he feels his outward appearance is the first (and oftentimes only) impression one is able to give of their inward professionalism.

The Garlake family harken back to the first Dutch explorers to southern Africa, his descendants settling across the regions variously known as Nambia, Botswana, South Africa, and Rhodesia/Zimbabwe. The Garlakes, while originally farmers, quickly found themselves masters of martial skills; men of the family fought in many notable (and many not-so) conflicts across the continent to include the Boer Wars, various wars of independence, the Angolan and Sierra Leone civil wars, the Rhodesian bush war, through the Eugenics war and beyond into the stars. Their service to various regimes and factions earned them land and Garlakes across the region were known as yeoman farmers on their substantial acreage though warriors first.

It was to this legacy that Storr was born and he embraced both heartily. The young man took to animal husbandry quickly, his size allowing him to ride larger horses than others his age, as well as seemingly tireless treks into the jungle with a large pack upon his back and rifle in his hand. While he had no silver spoon in his mouth, his parents were of some means and after having a rather carefree upbringing, was educated at Sandhurst in Britain where he gained his love for rugby. Rather than returning home immediately upon graduation, Storr stayed on the English isles and played amateur and then near-professional rugby, his days filled with scrumming and nights with drunken carousing. This took its toll in many forms, however, as his intended back in Pretoria grew sick of his inability to sustain a long-distance relationship and broke off the engagement. Storr was devastated and in a night of complete despair, landed in the brig at Dover.

While the night of incarceration in the local drunk tank was bad enough, he had two new tattoos and was summarily hauled to the local Starfleet embarkment point, as he had somehow managed to convince the local fleet recruiter that he was one, not drunk and two, really really wanted to join Starfleet. Still nursing a crushing hangover, Storr made his first trip into space and ended graduating number three in his cohort, selecting to cross-enlist into the Starfleet Marines. The Afrikaner excelled at his follow-on training there and went on to serve at various positions before becoming a “Mustang” and commissioning as an Ensign and working his way to his current position on Memory Theta, though not before marrying the most amazing Deltan in the quadrant during his time on the USS Vindex.