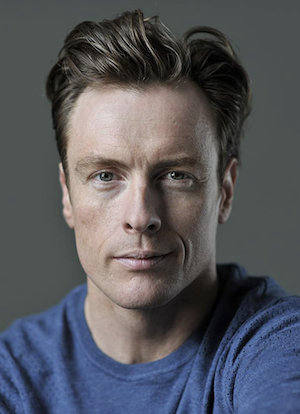 Lieutenant Angus McTavish was born to parents Seamus McTavish and Rosalind Thomson on the Excelsior-class USS Philadelphia (NCC-45329) on September 15, 2363. The McTavish’s in 2367 would be reassigned to the Galaxy-class USS Challenger (NCC-71099) when his father was promoted to the rank of Commander and his first assignment as Executive Officer. Rosalind would serve as Assistant Chief Science Officer.

The Galaxy-class was designed in mind for career Starfleet officers and their children to live. In 2373 with the Galaxy headed to War, the McTavish’s would send their child Angus to live with his grandparents: Charlotte and Angus (his namesake) in Dunfermline, Scotland during the war.

Both of his grandparents were proud of his mother who sought a commission in Starfleet. His grandmother Charlotte was a secondary school administrator until she retired in 2381. His grandfather Angus was a Economics professor at the University of Edinburgh until his death in 2380. Angus loved living with his grandparents.

In 2378 at the age of 15 Angus would return to his parents on the Challenger. With the aftermath of the war. In his absence, his father Seamus had received a field promotion to the rank of Captain following the death of Captain Janet Wiltmore during the Dominion War. Angus found it hard to readjust to life aboard the Challenger with the absence of a few of his childhood friends whose parents’ lives were lost during the war or transferred to new assignments.

Angus McTavish would inform his parents that he decided not to enlist in Starfleet Academy and informed them that he had been accepted to enroll into Political Science and History at the University of Edinburgh. He spent the first year with his grandparents in Dunfermline, in his second year he would get a dormitory.

After his second year in university, Angus would drop out and enlist in Starfleet Academy. He would take General Studies first year at the Academy before branching out to study double major in Security and Tactical.

Angus graduated from Starfleet Academy in 2386, received the commission of Ensign and the assignment as Tactical Officer aboard the Akira-class USS Cascadia (NCC-65699). He would be made bridge relief officer in 2387. McTavish would be promoted to the rank of Lieutenant junior grade in 2389.
In 2392, Lieutenant JG McTavish would be transferred to the Polaris-class USS Caledonia (NCC-832519) as Deputy Chief Security and Tactical Officer. He would be promoted to the rank of Lieutenant in 2395. Onboard the Caledonia he would serve together with Cygnus’s Executive Officer Commander Helena Pope before her reassignment to Cygnus, an assignment which he would later join Commander Pope as Chief Security and Tactical Officer.