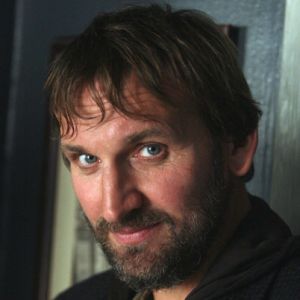 Cailus is a man from another time, someone who has suffered an extraordinary loss, although few would guess such upon meeting him. On the job he is a cold, professional man, dedicated wholly to the safety of his shipmates and the Federation in general. In actuality Cailus was born in 2264 and served in Starfleet throughout the 2290s. An attack left him stranded in an escape pod, forced into deep cryostasis for eighty seven years before finally being rescued and returned to the Federation...but with his wife and daughter, as well as everyone he had ever known, now long dead. He is a hardened, broken man, yet despite everything he has lost, he now stands ready to defend his new home, the USS Pandora, with all his strength.

Cailus life is one marked with pain and joy in equal measure. Born in 2264 on Mars, his life was originally quite ordinary. At a young age he moved to Paris, joining the ranks of the local law enforcement institution, Le Corps de la Paix. Superb ongoing performance earned him an assignment as a guard at the Palais de la Concorde, protecting the central government of the Federation, where he eventually met his future wife, the political attache to the Martian Councillor. At her urging, he then enlisted in Starfleet. For his time, Cailus was a typical officer; capable and experienced, with more battle experience than most, but not on the command track. Cailus lost his right hand in the line of duty early in his career, as well as surviving the brutal events on Menelax in 2297. A few more years of service likely would have seen him assigned as Chief of Security on a front-line starbase or at Earth itself, where he could enjoy life with his wife and daughter.

Instead, fate intervened. In 2300, while exploring a relatively unknown part of space in the Beta Quadrant, Cailus’ ship, the USS Churchill, was attacked. Off-duty at the time, Cailus was halfway to the bridge when the order was given to abandon ship. He and two other crewmen made it to an escape pod, which was ultimately the only pod to escape. The three survivors could see no trace of any attackers from the pod, but did see the Churchill’s destruction before any other pods could launch.

With no warp drive and stuck in interstellar space, the three survivors were forced to utilise emergency cryostasis technology to survive. It was in this form that they survived for eighty seven years before being discovered by a Romulan science ship. After a few weeks, the four crewmen were returned to the Federation.

Upon his return and after four months of counseling and self-reflection, Starfleet offered Cailus a choice: return to the Academy for a year to catch up and return at his old rank, or accept a demotion and immediate assignment to an active-duty station. Having been forced to accept the loss of his family and his displacement in time, Cailus requested the latter.

Newly demoted to the rank of Ensign, and now utterly alone in a new time, Cailus requested an assignment on the USS Tornado at the Klingon border as he struggled to force past his grief, never truly addressing it. He threw himself into his duty with renewed vigour, from battles with the Klingons to hunting rogue Starfleet officers, determined not to think about his losses. Ultimately it was one of those rogue Starfleet officers who began to draw him out of his shell: Kalin “Shae” Brennan. Despite arresting her for awful crimes when they first met, the truth of Shae’s circumstances succeeded in drawing Cailus out of his self-absorbed coldness, reaching out to the woman to help her reassimilate with a distrustful crew. As the weeks passed and the stress of the Tornado’s missions and battles accumulated, their friendship blossomed as both of them began to recover from their pain.

When Shae and Cailus spent their shoreleave together on Earth and Mars, their lives changed once more. Romance sparked to the surprise of both, and moreover, they chose to move away from war and bloodshed to a new, exciting life on the USS Pandora, exploring the Inconnu Expanse far from the Federation’s borders. Quite unexpectedly, along with Shae and her daughter, Aoife, Cailus found himself blessed with a second life.