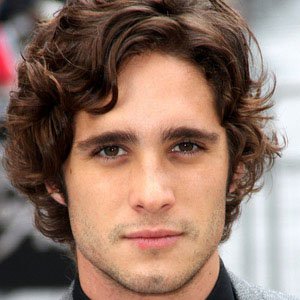 W’Liam Drake can be easily described as short and stocky, but he is much more. Underneath that rough and strong exterior is a creative engineer. He is much shorter than the average Tandaran. This was one of the reasons for him leaving his home world and wanting to be treated fairly in Starfleet. His hair is a few inches long so that the dark curly locks show. Tandaran anatomy is very close to human anatomy. One obvious difference it the V shaped skin wrinkle between the eyebrows. He has body art on his left inner forearm. It resembles 2 concentric circles, and 4 lines at right angles; all pointing toward the center, but not touching each other.

William had a fairly normal life growing up on Tandar Prime. He and his older brother, Warresk, didn’t fight, yet didn’t do much with each other. He and his younger sister, Sarin, usually fussed at each other, constantly teasing each other. Yet, they had a great bond between them that no one could break.

William’s father was a technical instructor to tradesmen in the field of power and engineering. He could have requested a more prestigious position, but preferred to being able to be home in the evenings and spending that quality time with his wife and children. William’s father was truly his best friend.

Because his family has the honoric of a Basque, at age 12, on the Day of Ascension, William Drake received his Basque and honoric title. For the honoric his first name was shortened to W’Liam. He also received the mark of his family Basque. On his left inner forearm a permanent design was imprinted. Their family Basque resembled 2 concentric circles, and 4 lines all pointing toward the center, but not touching.

The Family Basque was initially received by his Grandfather, Dice’Ahn Drake, for taking charge during a major catastrophe and brought power back to the people. This important recognition is allowed to be passed down for 2 generations. That meant that W’Liam’s children would not have the opportunities and luxuries that he was privy to.

W’Liam’s low stature had always been a problem, but he had tried to compensate for that with being stronger and faster than the other boys. He would run and found the joy in it. As a youth, he did not cultivate a social relationship with girls like the other guys. His interests always led him to work benches and history books.

At times W’Liam found that the honor of a Basque to be limiting. He felt that he was not allowed to challenge himself enough. After reading of several Tandarans, who had successfully completed Starfleet Academy, W’Liam considered that training and avenue for his live to be a greater leveling factor, compared to remaining in the Tandar Sector.