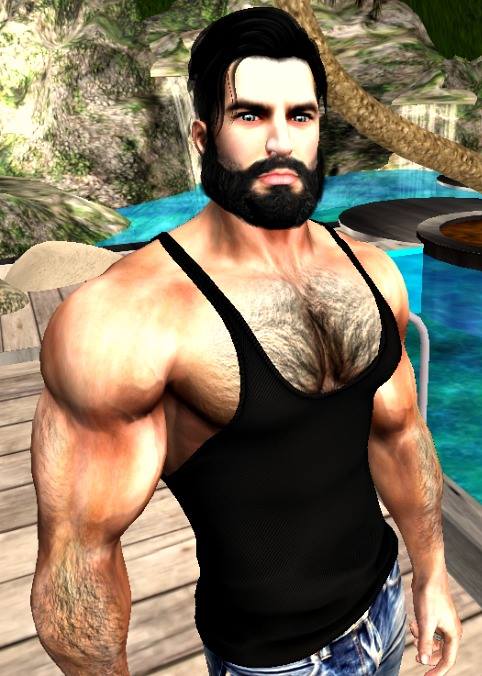 Lucius is a reserved man. He prefers to observe people for a time when he first meets them to gauge what they're like. However once he deems one his friend, he's very social with them.

Lucius was born aboard the USS Lexington in 2353. His father was a young Crewman in Flight Control and his mother was Private in the Marines. Her platoon was on temporary duty aboard the ship due to the Cardassian War. Within four years, they’d managed to get stationed together aboard the starbase Deep Space 3 where his brother Ashton was born. The brother grew up learning much from their parents. They weren’t always together. Sometimes his parents were posted apart and those time, the children went with which ever parent was assigned the more family friendly post. As such, they treasured their times when they were all four together.

As he got older, Lucius learned to love working on shuttle engines with his father. Learning their systems and repairing them. However he wanted to fly them. When he finished school, he applied to the Academy. He was however turned down for failure to pass the written entrance exam. He was not deterred though and decided to enlist. And since he wished to see the most action, he enlisted in the Marine Corps. He finished boot and was posted as a Maintenance tech on fighters. He would work in this field for five years before deciding to apply to the Academy once more after the Dominion War ended. This time, he had more practical experience, had properly studied and had the recommendation of his Squadron Leader. He got in and in May of 2379, was commissioned a Second Lieutenant and assigned the 4th Marine Air Wing where he flew Eagles and Valkryies. After a few years he made Flight Leader and eventually was assigned as Squadron Leader aboard the USS Devonshire.