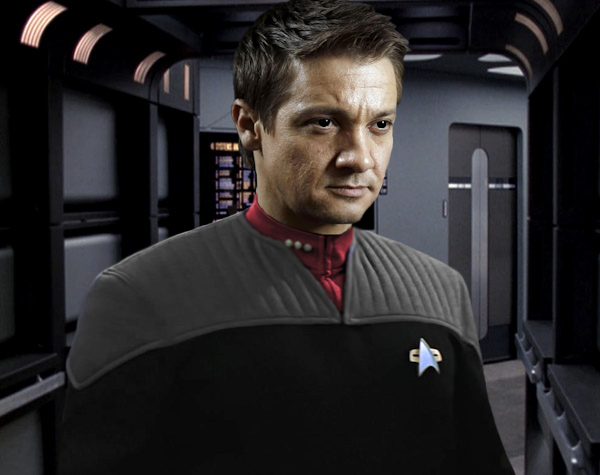 Scott is a no nonsense kind of guy, he keeps cool under pressure and approaches most situations with a fair amount of logic. He is a natural leader who is not quick to give in when he knows he's right, whether it is an ensign or an admiral on the other side of the table. Although he cares a great deal about the welfare of those under his command, he can come across as cold under certain circumstances. Having a background in Security, Scott likes his ship to be prepared for a multitude of situations and operating efficiently. He aspires to build up a fleet of his own, starting with his own command. During his off hours, Scott enjoys cooking, training with and learning about various weapons, listening to music and 21st century history

Scott was born on Luna to a Human father and Betazoid mother, he is the oldest of their four children and spent his early childhood on Luna.

The family moved to San Francisco when Scott was in his early teens, due to his father becoming an academy instructor.

Scott followed in his father’s footsteps and entered the academy at age 18.
He majored in the Security/Tactical track, graduating in 2373 after a four year stint at the academy.

After graduation he was posted aboard the USS Budapest as a security officer.
Due to his enterprising nature, sometimes stubborn demeanor and hard work, he is promoted to Master of Arms after serving on the Budapest for a year.

From there, he steadily rose in the ranks throughout several transfers. In 2385 he transferred to Command and was promoted to Executive Officer of the Shrike. The Shrike was assigned as a security detail to TF9’s Gamma Quadrant.

Soon afterwards, whilst the crew lick their wounds, the Shrike’s scheduled rendezvous with a Consortium controlled ship turns into a firefight that ends with the Shrike crash landing on a remote desert planet.

After the consortium leaves the ship and it’s occupants for dead, the Shrike’s crew spend a week on the surface, before they’re able to launch a shuttle and signal the loyalists for help.