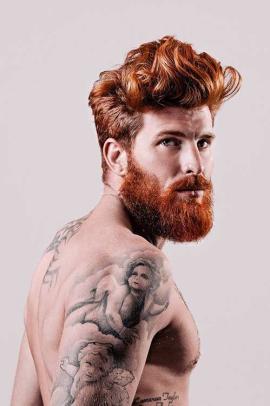 Michael was born in 2364 and is the oldest child of Starfleet Captain Edward Shinnick of the U.S.S. Illinois.  He and his younger brother, Alexander, would spend their entire lives aboard the Illinois and naturally this would lead the older Shinnick to join Starfleet as well at the age of 18.  While at the Academy, Michael would discover his love of engineering and he would choose that as his career track with him focusing on Advanced Warp Theory and Starship Design.  During his senior year at the Academy he would meet and marry counseling student Nicole Koening.   After graduation the young couple would be fortunate enough to be posted together on the U.S.S. Clark.  They would welcome their first child, Marvin a year later. Unfortunately for the young couple, Nicole would be transferred to the U.S.S. Jamestown and the two would not be together again for another year when they both would transfer to Repair Space Seven.  Not long after rejoining the couple would become pregnant with their second child, a daughter named Lin.

For the next three years Michael would serve on the starship repair station and gain practical knowledge of the inner workings of not just Starfleet vessels but also allied ships as well.  He would receive many letters of praise from his superiors as well as visiting ship captains that would lead to him receiving the position of Assistant Chief of Starship Refit at Earth Spacedock in 2392.  Over the next 5 years he would excel at his new position with him completing most assignments ahead of schedule with the only blemishes on his record being a series of complaints being filed against him by junior officers who felt they were pushed too far.

This efficiency impressed Admiral Stephens, who ensured the transfer of Shinnick to his command aboard the U.S.S. Eleanor Roosevelt.  He would assign Michael to serve in the joint roles of Chief Operations Officer and Second Officer.  While this proved to be a boon to his career, it came at the price of being separated from his family.  He would see them only sparingly over the next four years and this began to wear thin on him.  Michael would eventually put in for a transfer to station duty in order to have his family together again.