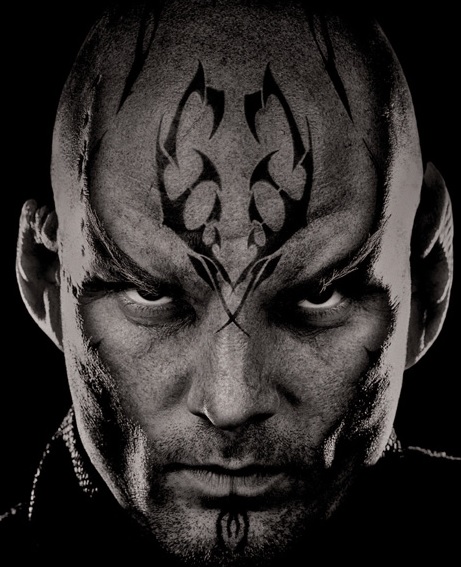 Samux is an average height Romulan. Often referred to as a lesser Vulcan due to their impulsive or violent like behavior. Samux has had a bad history due to the constant infighting between the Romulans. At a young age he left the Empire and found life amongst the stars serving in various Federation ships through his youth.

Born Vramius in 2371 on Romulus before its destruction in 2387, he was a abandoned and orphaned at a young age. It was suspected later during routine scans of damaged Tal Shiar ships that Vramius’s parents may have been in the Command caste of the Romulan military, more than likely his family may have been part of a Greater house on Romulus. He never got the opportunity to learn his true name. He was adopted by another Romulan family but during bouts of civil unrest in the early 2370’s his youth has been filled with rebellious and emotionally based decisions which had led to his constant arrests and eventual imprisonment. The Tal Shiar took much interest in his capture, believing him to be a part of a possible rebellion forming between the Romulan Empire, despite no evidence of him being part of any rebel cells they kept him anyway. He would only spend a year in custody before the eventual destruction of the planet, during the following riots most of the prison was abandoned and he was left to die. During several massive quakes on the planet the cell shield collapsed enough for him to climb out. He made it to the hangar to find small shuttle still idling, possibly someone else was using it but he knew he had to leave so he stole it.

His distress signal would later be picked up by a passer-by dilithium freighter. As he was only 16 years old most of the passengers on board thought his parents must have been survivors as well. The freighter performed scans in the nearby systems for days before heading back to Earth. He was adopted by the Dewi family and accepted the name Samux. Outside of being Romulan he doesn’t share the Romulan ideologies or interests. He tends to be a bit reckless at times but as a kid who isn’t? The Dewi’s were a group of proud generational haulers, though their family genetical makeup considered of mostly pro-Federation Romulan’s and there were a few Humans and Vulcans in the mix. Jasik and Sn’iuk Dewi were the ones who found the teenager and adopted him as their own.

He served as freighter security on his family’s freighter for a few years and in 2399 enlisted in Starfleet. He wanted more out of life and he had experienced first hands the ability of Starfleet. Having been impressed with his encounters and cooperation with the Federation in the past he left his security post and flew to San Francisco to pursue a career in Starfleet. Samux felt that there are so many problems in the galaxy, wars to be fought, systems to be scanned and that he felt he could learn with Starfleet and relay that experience to help others.

He has enjoyed his training with Starfleet so far. Having learned Starfleet history, some pilot training and other basic lessons. He knows he has a lot more training to pursue but he is patient and he looks forward to completing his training.