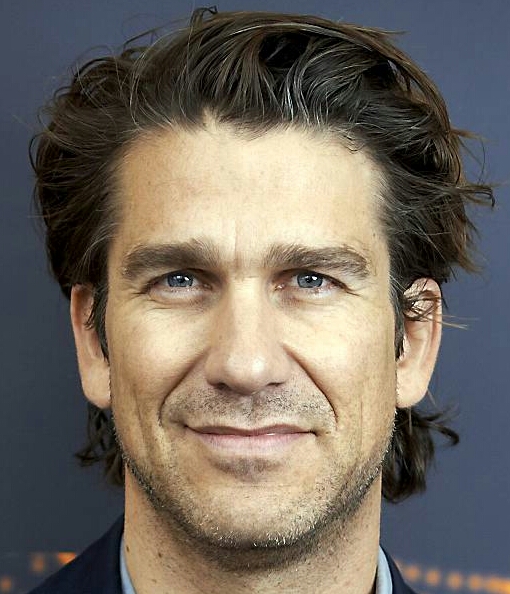 A friendly, charming, and affable man to most that meet him, Magnus is quietly distinguished, intelligent, and thoughtful. He is a career diplomat; a master of the small-talk and finding the right thing to say. He fancies himself an expert listener, too, and will always try to find a bridge to build with those he comes across. Whatever casual calm he may employ, however, doesn't exclude Magnus from being deeply ambitious and career-minded. He has had a consistent goal to progress his position within the Diplomatic Corp, and now the Federation Government itself. As the new Secretary of the Exterior, he is hoping to be seen as someone who effects actual change, makes real progress on fixing the Federation's problems, and reaching out across the aisle in the name of the greater good.

Born in Copenhagen, Earth in 2345, Magnus is the oldest child of Spencer and Brigitte Temple, and brother to Nycolas Temple. His father, then a Lieutenant in Starfleet, took an extended leave of absence to raise the young family in Denmark. Here they enjoyed a relaxed, fun-filled life in the artisan, historical city, and so that their mother, a career politician, could continue to work as a European and UFP leader.

When they were old enough, Magnus and Nyx would visit their grandparents on Betazed, which Magnus enjoyed thoroughly. He loved travelling in Starfleet vessels and especially seeing his warm, loud, energetic grandmother. She instilled upon the young boy a fun, compassionate outlook on life, as well as their part-Betazoid heritage and basic training for empathic ability. She passed when Magnus was 12 and he vowed to always live up to her image.

Magnus’ mother Brigitte was a politician on Earth and was elected States Minister of Denmark in 2354, then chaired the European Council to United Earth’s government for a term in 2357. Brigitte Temple was known as a progressive leader, speaking often of the need for the UFP to undertake more humanitarian missions. Magnus was a keen observer during this time, proud and encouraged by his mother’s ideals.

The young Magnus was often in the halls of Parliament, asking far too many questions and making a clear impression of the diplomat and politician he would become. While his parents worked, Magnus often visited his grandfather, who had returned to earth and now lived in the southern United States while taking care of Magnus’ wayward cousin Jesse as well. The three boys, Nyx, Magnus, and Jesse, loved playing in the bayous of New Orleans, and listening to granddad’s war stories of fighting the Borg and the Gorn.

At 18, Magnus followed his father and grandfather’s footsteps into Starfleet Academy, though followed his mother’s passion for humanitarianism. He majored in Diplomacy and minored in Alien Languages. He joined the cadet’s representative council and was elected Council Chair in his third year, known as an organiser and passionate campaigner. In his final year, he was invited to address the United Federation of Planets Diplomatic Corp Annual Delegation in San Francisco, Earth.

He graduated with honours in 2367. Due to his impressive networking and hard work, he was selected as a Junior Envoy within Starfleet Headquarters, shadowing several chief diplomats, notably the Bajoran Ambassador to the Federation Council for six months. Following this, he took several different postings throughout Federation territory, gaining experience and skills as a focused and professional Diplomat. He rose through the ranks of Envoy to Aide and then Diplomatic Officer during this time. He served as Assistant Chief Diplomatic Officer to the Marine Base on Camp Kovar, and finally Chief Diplomatic Officer on the USS Vanguard.

After many years working abroad, Magnus missed his family and home. In 2377, Magnus took a break from Starfleet to work as a consultant to the then-States Minister of Denmark, coming home to Copenhagen and Earth governments. Convinced by his parents to run for office, he was elected for a term as a junior minister the following year and representative to the European Council. In 2380, he joined the UFP’s Aid Council and liaised with the Federation Executive Cabinet, which gained him a position as Liaison to the Department of Exterior. Though he was touted as a potential European leader, Magnus wanted to reach higher and in 2382, he moved to the Federation Diplomat Corp in the Alpha Quadrant Affairs division.

Magnus’ career projection continued to climb when he was selected as the Head of Alpha Quadrant Affairs in 2384, where he chose Deep Space 12 as his base of operations. As Federation Ambassador and Quadrant Head, he helped to foster relations with the Cardassians and Romulans in the sector, as well as helping the station create a positive influence on the region on behalf of the Federation. His successes as a non-partisan, bridge-building leader, with a respected Starfleet background, gained him significant attention back on Earth, and he soon found himself being courted by some of the Federation Council’s political parties as a potential candidate for office.

The highs of his career successes however, came with a significant personal loss. In 2387, the Temple family lost their patriarch and Magnus’ beloved grandfather, William Temple, who died peacefully in his home in New Orleans. The man was a giant in Magnus’ life; a decorated Starfleet hero and an endless supply of just-the-right advice and sensible encouragement. Magnus mourned for several weeks over his death, especially as the family gathered together for the funeral service on Earth, but he was grateful to have had such a positive, warm influence on his life that he could at least hold in his memories.

Following the Federation Presidential election of 2388, a coveted position within the new Cabinet became available, Secretary of the Exterior. Magnus was a reluctant contender for the role. Though progressing into the Palais de la Concorde would have been an incredible step forward, he was unsure if he was ready or actually experienced enough for the position. However, after receiving encouragement from his family and the large company of colleagues willing to support his application, Magnus successfully lobbied for the role. Ultimately what convinced Magnus was the potential momentum this could bring towards a permanent political path to the top of the Federation. He was appointed by the new President in late 2388 and returned to live on Earth.