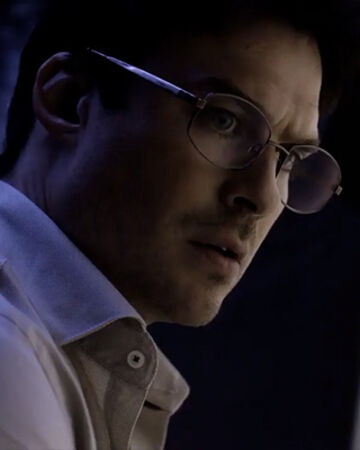 Dr. James Maxwell, PhD is a highly controversial Microbiologist assigned to the Delta Exploration Initiative. While only a Starfleet reservist, he was pressed into active service and assigned to the Delta Quadrant following the events of the Penthara IV Incident; a joint mission between the Starfleet Board of Science and the Federation Centre for Disease Control and Prevention, aimed at containing a viral outbreak. As the leading expert of the joint team, James went far beyond his mandate of creating a cure and resorted to human experimentation to find a vaccine that would eliminate the threat of Blood Plague once and for all. In the aftermath, seven civilians lost their lives as a direct result of the experiment and one FCDC-employee would commit suicide shortly after leaving Penthara IV.

The following report is composed by the Toronto Centre for Addiction and Mental Health in 2398, at the request of the office of the Starfleet Judge Advocate General.

James Maxwell was born on January 23, 2361 in the Canadian port city of Saint John, New Brunswick. As the oldest child and only son of Federation Diplomat Eric Maxwell and Starfleet Medical Officer Dr. Lilith Anders-Maxwell, James enjoyed a relatively unremarkable and happy childhood.

There is not a whole lot about James Maxwell’s early education that stands out. He attended the Princess Elizabeth School in Saint John for his early childhood- and elementary education, but ended up graduating with such ease that he was recommended for the prestigious École Sainte-Anne in Fredericton by his tutors.  As a result of this recommendation, James would spend the majority of the next seven years living with his maternal uncle in Fredericton; only going home in the weekends and the holidays.

While several teachers from both the Princess Elizabeth School in Saint John and the École Sainte-Anne in Fredericton made a mention in James’ record, mostly stating that James showed a remarkable aptitude for learning and the ease with which he adapted to the increasing difficulty of his coursework, there is one mention in particular that stands out. The principal of École Sainte-Anne reported feeling sorry for the young James who, at that point only in his early teens, apparently seemed to miss his parents and mostly preferred to stick to himself; becoming somewhat of a loner in the process.

After graduating from École Sainte-Anne in 2378, the now 17-year old James enrolled in the prestigious Oulton College, a private school located in the city of Moncton, New Brunswick. The four-year tenure at their Faculty of Health Science was rather ordinary, and there are no further mentions in James’ record about apparent loneliness. In fact, according to the notes of one professor, it seems that James first met his future wife Allison during his tenure at Oulton; the two seemingly met as the two top students of their Class and began their relationship as rivals, only to realize over the years that their sense of competition pushed them to new limits in their continuous desire to outperform the other. Despite this competition, James would eventually graduate Oulton College as a Bachelor in Health Sciences, barely at the top of the Class of 2378 with Allison a close runner-up.

Following his graduation from Oulton College, James enrolled in the University of Toronto where he would attend the Dalla Lana School of Public Health. In the four years that followed, the now 21-year old James studied at the Department of Hygiene and Preventive Medicine; building onto the basis he’d laid out with his Bachelor. He would eventually not only graduate a Master of Science of Epidemiology, but also obtain his Doctorate in Virology. According to James’ university record however, James almost came close to not graduating at all. Various professors report that James became absent and distracted and, quite uncharacteristically, sometimes didn’t even bothered to show up for class in the final months before his exams. The records of the Women’s College Hospital, an affiliated teaching hospital of the University of Toronto where Allison was studying, reveal the reason behind this; apparently, Allison found out that she was pregnant in early 2386.

As a result, James Maxwell would graduate from the University of Toronto just barely in the upper percentile of his class, and it was mostly due to preliminary work he’d done earlier that he earned his Doctorate. Shortly after graduating, James Maxwell and Allison Banning would get married in a small ceremony in Saint John, and Allison would give birth to Kayla Maxwell just several months later. In early 2387, Allison was assigned to Starfleet’s Amelia West Medical Centre on Ganymede as a general physician, and the small Maxwell family moved to Jupiter’s largest moon shortly afterwards.

At the same time, much of James’ dossier from his five years at the Federation Centre for Disease Control and Prevention remains classified, even to the authority of the office of the Federation Attorney General. Before moving to Ganymede, James had worked largely as a lab technician at the Biosafety Level-4 Intergalactic Microbiology Laboratory located in Winnipeg, Manitoba. Following his move to a different planet however, James was transferred to work as an epidemiologist at a different, restricted BSL-4 research facility located in the thermosphere of Triton; the largest natural satellite of the planet Neptune. At this research facility, which was known only as “Outpost Horizon” to those with the appropriate security clearance, James was part of a team responsible for extensive research into some of the most devastating biological weapons. Many of these biological agents were reverse engineered in search of a possible antidote or even a viable defence while some, which were considered too dangerous to even realistically propose reverse engineering, were the subject of extensive impact studies in case of a potential outbreak.

Following the outbreak of Blood Plague on Ganymede in early 2391, which was later traced back to a Bolian freighter that unknowingly infected -and subsequently wrecked- over half of the Ganymede Colony, the Maxwell family split up; with most of the Colony having to rebuild itself, Allison was reassigned to a post on Denobula and James, a first-hand witness to the infection, returned to the University of Toronto. Sponsored by the Federation Centre for Disease Control and Prevention, he was to do an in-depth study into the effects of Blood Plague on the Human immune system and would earn himself a transfer to the FCDC-facility on Denobula upon graduating.

The plague years had apparently been quite hard on James’ marriage, with himself and Allison growing ever further apart over the years. By the time the now 32-year old James would graduate and earn his second Doctorate in 2393, his relationship had grown so distant that James actually found out through his employer, the Federation Centre of Disease Control and Prevention, that a transfer to Denobula would no longer be necessary. According to records provided by the Starfleet Board of Medicine, Allison had  applied for the Starfleet Reserve Officer Training School and subsequently accepted a permanent commission as Lieutenant in mid-2393; opting to serve as the Chief Medical Officer aboard the Akira-class starship USS Osceola.

In mid-2397, James was approached by representatives from the Starfleet Board of Science. An outbreak of the much dreaded Blood Plague had been detected in a remote Federation colony on Penthara IV and James, regarded as one of the top experts the Federation had in terms of the disease, found himself called into active Starfleet service as a Lieutenant. Placed at the head of a joint team consisting of both Starfleet scientists and experts from the Federation Centre for Disease Control and Prevention, Lieutenant James Maxwell was sent into the viral hot zone of Penthara IV.

The joint team spent thirteen months on Penthara IV: from June 26, 2397 until July 15, 2398. For obvious reasons, a lot of the events that took place during those months have been censored as sensitive information. What is known however, is that the joint team successfully managed to not only develop a cure for the Blood Plague, but even synthesized a vaccine to beat the known strains of the disease.

Within weeks of this breakthrough however, a series of harmful eyewitness reports, incriminating testimonies of former team members, and even James Maxwell’s own controversial debriefing report would claim numerous cases of behaviour that can only be called unethical at best. According to the report made by the Starfleet Criminal Investigation Division, the joint team managed to discover a preliminary cure for the Blood Plague after only four months on Penthara IV and, following successful animal trials, proceeded with inoculation on a small control group consisting of volunteers. On November 14, 2397 the cure was considered viable for deployment amongst the colonists. This would never happen though; instead of distributing the cure, the joint team would continue their research into the Blood Plague using the colonists as test subjects. In his report, James Maxwell defended his decision by stating that ‘the strains of the disease failed to grow in laboratory- or other artificial conditions, making human experimentation a necessity in order to achieve a breakthrough in Plague research’.

On November 23, just days after the report of the Starfleet Criminal Investigation Division, Lieutenant James Maxwell was relieved of his duties at Outpost Horizon and arrested. He was taken to the Toronto Centre for Addiction and Mental Health, where he would be incarcerated for an intense study of his mental health.

It is the opinion of the Toronto Centre for Addiction and Mental Health that, while there were few experts that could have handled the situation at Penthara IV, James Maxwell was the least suitable person Starfleet could have sent to the Colony. The Federation Centre for Disease Control and Prevention, knowing James Maxwell’s background, is equally at fault for gross negligence; failing to speak up upon learning that James was not only assigned to the joint team, but actually granted the senior rank and placed in charge of the operation. These findings do not, in any way, negate the conclusion that James Maxwell is of sound mental health and can thus be held fully accountable for his actions during the thirteen months on Penthara IV.

A highly controversial man, shunned within the scientific community and both hated for the events on Penthara IV and loved for finding the cure to the dreaded Blood Plague, the Federation was initially at a loss of what to do with James. With people protesting against his incarceration because he did find the vaccine for a dangerous and deadly disease, but others protesting that he nevertheless remained a criminal who played God and in doing so broke too many laws to even consider any form of leniency, there would be an outcry regardless of the judicial decision. However, in technically still being a Starfleet reservist, the Delta Exploration Initiative was found to be a suitable solution; while none of the parties were entirely happy about the decision of the Starfleet Judge Advocate General to reassign James to the Delta Quadrant, banishing him would at least get him out of their hands. At least for the meantime.