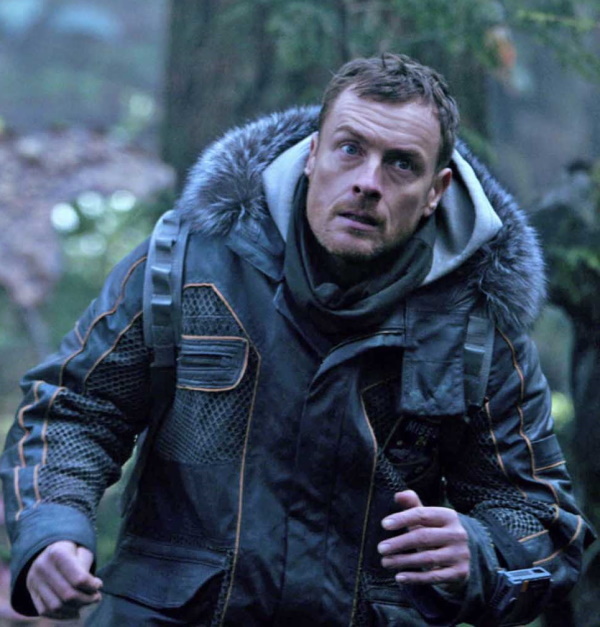 Orson James Beckett, a retired pilot from a bygone era now academy instructor in science is looking for his next big thrill. He hopes to find the next big adventure within the Delta Quadrant.

Orson or ‘James’ to his friends was born to his English parents in Tartu Estonia in 2355. At a young age, James was considered smart and ahead to do his time and found getting along with our children easy, he also had a fond interest in the ecological surroundings in the Baltic states. James attended one Junior School, One High school and one College where he studied in Botany and Applied Science before making a massively rash career change and joined the Starfleet Starfighter wing in light of the impending Dominion war in 2374.

Due to the nature of the war training had reduced its age requirements and training meaning more younger men were joining and leaving less qualified but Starfleet found themselves losing the war towards the end of 2374 so James answered the call to arms.

Going through training was a harsh reality check, the one young Scientist and been thrown into an arena surrounded by violence but by the end of his year training, he was ready along with his entire intake. His first posting was the USS Trident.

In 2375 Orson saw the most of his conflict in the Kalandra system where his task force was used to retake several enemy ground bases and hold them until relieved. As was the case all along the front allied supplies were low and often the starfighter wing  went without weeks before resupply and reinforcements as was the case for him and his unit. During the battle faced Orson received injuries to his right arm and shoulder which is now covered by a tattoo.

Towards the end of the Dominion war, Orson’s unit was folded into another squadron but still operating from the USS Trident, and while he was not involved in the ground attack on Cardassia Prime he was in a battle on a planet which held a large dry dock in a neighboring system and after the war was declared over fighting rages all along the front liens until finally days the later word was finally received and the remaining dominion forces surrounded.

Orson served with the starfighter wing until 2378 and left as a Chief Petty Officer to rekindle his interest in scientific studies at the University of Tartu back home in Estonia. Where he spent the next four years studying botany and ecology and finally received his Ph.D. From her the next step for James was either to become a civilian scientist or to join Starfleet, having already seen the bloody side of the organization Orson decided to give the more peaceful side a chance so in 2382 attended Starfleet Academy.

Orson four years at the academy, like most of his education, went well and while not the top student in his graduating class, he did graduate in the top third with merits where it was highlighted he had a knack for teaching; however, couldn’t teach immediately at the Academy without doing at least one tour beforehand.

Having the need to spend at least 4 years on tour James found himself at a deep space assignment to the USS Galileo, where he and what was considered a small federation crew watched the development of a locally primitive civilization which had been discovered on the edges of Federation space. The tour was considered uneventful, though James did find it enlightening and in which led him to transferring to another ship the USS Trail-Blazer another deep space science vessel exploring the same vector of space.

Finally, upon a promotion four years later, Orson returned to the Academy as a tutor where he really began to thrive. Being a tutor and a lecturer meant James could shape the next generation of cadets and scientists which something he found the utmost pride for. At the start of 2399 and at the end of the most recent class’ graduation, decided it was time for a new challenge. That challenge would find him in the Delta Quadrant.