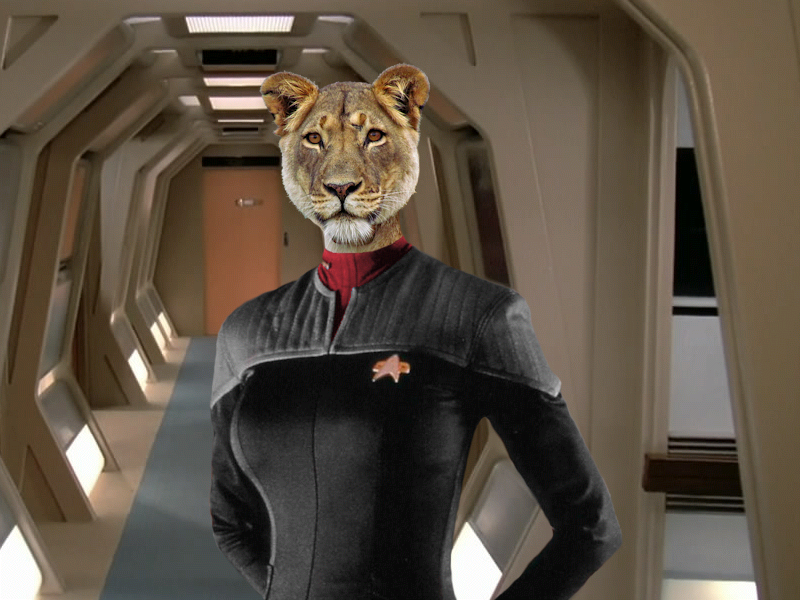 Amira has short, Golden fur much like that of a typical Earth lioness, And looks very similar to one. Despite one minor detail: The small scar above her right eye was received from when she was at a much younger age whilst playing with her younger siblings.

Amira was born the only female out of a litter of three male brothers. Her parents were well-known Federation Diplomats to Starfleet, and her brothers were also Starfleet officers serving on various starships and/or starbases. Amira had joined Starfleet as well, But she decided that her parents wishes for her to become a diplomat, Fell on deaf ears. She wanted more than that; She wanted to see the stars, and explore the galaxy. So, She decided to try working her paws at commanding a starship, And soon found herself leaving her home on Cait to join and attend Starfleet Academy.

Soon, Amira shown promise that she was a reliable officer, and a dedicated leader. Her determination didn’t falter, Even if the odds weren’t always in her favor. Her parents obviously misunderstood her. And in time, They finally supported her decision and accepted what she wanted to do with her life.