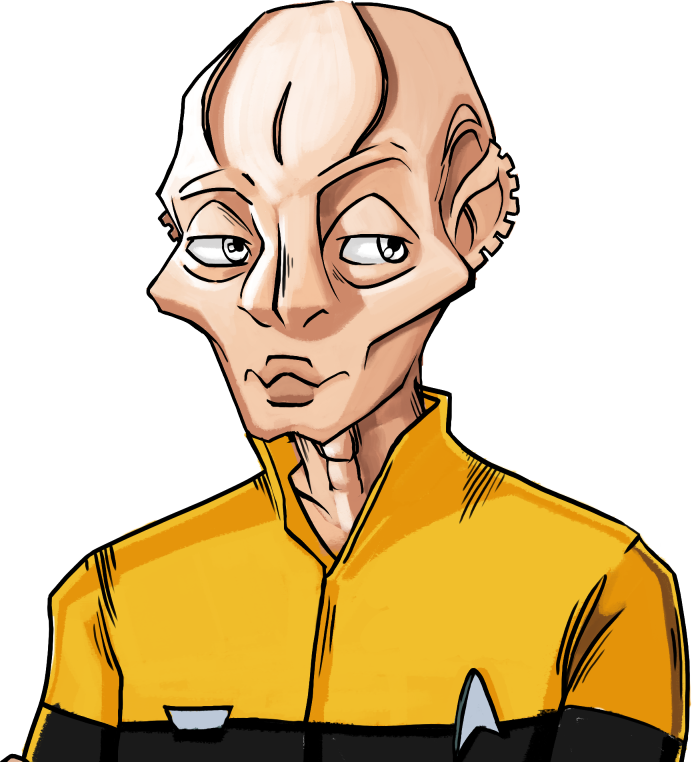 A young Kelpien woman, Vamé was raised on Kaminar and left for Starfleet Academy as soon as she could. Her stint at the Academy was mostly unremarkable, although she found herself at the top of most of her classes, having a particular affinity for strategic planning and eventually becoming a tactical officer. As an Ensign, the Captain of the ship she found herself aboard took an interest in her abilities, and did everything in her power to fast-track the young officer through the ranks. After many years of service, Vamé was promoted to the Admiralty as the director of Tactical Command.