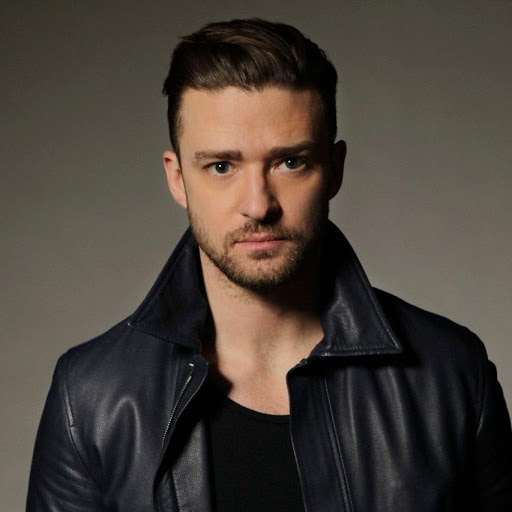 Joshua Miller was born at 0311 on April 1, 2358, the second of three children born to Julie and Luke Miller.  His older brother, Cameron, was born five years before while his sister, Karen, followed along 30 minutes after Josh was born.

Josh’s parents were both Doctors; Julie was a civilian Doctor working at a GP practice in Hawaii while Luke was a Starfleet Lieutenant serving at Starfleet Medical in San Francisco.  The family lived in a beachfront property in Hawaii where Josh’s parents continue to live.

The Miller family was a close-knit unit.  Julie and Luke made sure to spend time with their children, not allowing their work to spill into their family life as much as possible given the nature of their work.  While not always possible, the Millers were largely successful.  Josh was always particularly close to his mother, who taught him how to swim and surf.

Aside from the usual petty fights, Joshua had strong relationships with his siblings.  He’s always looked up to his brother and despite his mother’s urging to pursue a career in civilian medicine, Josh joined Starfleet not because his father served but because his brother had chosen to join Starfleet several years earlier.  As would be expected, Josh’s closest familial relationship was with his twin sister.  They did pretty much everything together, even quite a few double dates during their teenage years.  Their bond remains strong into adulthood and correspond several times a week.

One of the things Joshua inherited from his father was a love of music.  His father played the violin and Josh would regularly sit and watch his father practice.  When he was old enough, Josh also began taking music lessons, though the cello was his instrument of choice.

While he worked hard during high school for the grades he needed to begin attending Starfleet Medical Academy, Josh didn’t allow that to get in the way of an active social life.  A naturally outgoing person, he kept a strong circle of friends and dated a number of guys during his time at high school.  He was dating Alexander McDowell when they both went to the Academy at the age of 18.  Their relationship didn’t last much longer as they began to grow apart and finally broke up during the winter break of their first year.

Josh hadn’t expected his classes at the Academy to be a cakewalk, but they were even tougher than he’d imagined.  He struggled during his first semester, one of the reasons he and McDowell grew apart, and considered quitting.  But conversations with his family convinced him to stick with it and ultimately, he managed to stop feeling so overwhelmed and get on top of the work.

When it came time to choose a specialty, Josh already knew what he wanted to do; he wanted to be a Trauma Surgeon.  If he thought his first semester had been tough, it was but a cake walk compared to what was to come.  He wasn’t able to maintain as active a social life as he’d been used to due to the demands of his training, but he felt it was a worthwhile trade off if it allowed him a career in Trauma Surgery.

Joshua graduated from Starfleet Medical Academy in 2380 with his MD and was commissioned an Ensign.  Over the next three years he would complete his residency in Trauma Surgery onboard the U.S.S. Nobel, an Olympic-class hospital ship operating initially within Federation space.  In 2381 she was assigned to Admiral Picard’s Romulan Rescue Mission and Josh gained a large amount of knowledge of Romulan physiology and anatomy.

Completing his residency in 2383 Josh, by this time a Lieutenant Junior Grade, was transferred to the U.S.S. James Lovell as a Trauma Surgeon.  For the first time he was working without anyone standing over his shoulder or double checking him.  Though nervous at first, he grew in confidence and excelled in his new role.  During this time, he began dating an Operations Officer, Andrew Chapman, though their relationship would only last 8 months.

The following year, much to his surprise, he was promoted to Assistant Chief Medical Officer.  While proud of being promoted so quickly, he disliked the fact that this saw him spending less time in surgery as he was expected to perform duties as a General Practitioner as well as a Trauma Surgeon.  However, he understood that would be the nature of the job as he advanced further up the chain.

Josh was surprised once again when he was promoted to Chief Medical Officer of the U.S.S. Bismarck in 2385.  He was excited by this opportunity, though he knew it would mean less time as a surgeon and more time spent as a GP but becoming Chief Medical Officer of a starship, especially a Sovereign-class ship like the Bismarck, had been something he’d long aspired to.

Shortly after his arrival on the Bismarck, news reached them that the synths on Mars had destroyed the Utopia Planitia Fleet Yards and murdered hundreds of thousands.  This was like a gut punch to everyone, made worse by the kneejerk reaction made by Starfleet and the Federation Council to cancel the Romulan Rescue Mission and ban synthetic life and associated research.  Josh struggled to reconcile these decisions with the ideals that Starfleet and the Federation claimed to represent.  Over the next few years he often questioned if remaining in Starfleet was the right thing but ultimately, he did.

It was shortly following his promotion to Lieutenant Commander in 2386 that Josh first encountered Derek Stone.  He has little memory of the event, having been very drunk and dancing on a bar at the time, but the following day they met again, and this time had a conversation.  Within a few weeks the two were dating and would continue to date until 2389 when their careers took them in opposite directions.

If Josh’s career advancement had been rapid from 2380 through to 2386, the next decade would see it slow through a conscious choice.  After four years as the Bismarck’s Chief Medical Officer, Josh was beginning to find the work unfulfilling and requested transfer to a Head of Surgery billet.  There were a number available at that time and Starfleet assigned him to the Leonard H McCoy Medical Complex on Starbase 11.

Josh would spend the next six years at Starbase 11 reconnecting with his roots as a Trauma Surgeon.  It was probably one of the most professionally fulfilling times of his career.  The same could not be said of his personal life.  After his relationship with Derek ended, he threw himself into his work and his social life suffered as a result. There were few dates for Josh during his time on Starbase 11.

In 2395, Josh was promoted to Commander and reassigned to Head of Surgery at Starfleet Medical in San Francisco.  He used this opportunity to buy himself a house in Hawaii and would commute by transporter every day.  His dedication to his work at the expense of his private life would continue during this time, despite his mother’s nagging that she still didn’t have enough grandchildren (3 by this stage).

With life on Earth feeling too ‘safe’, Josh requested a transfer to a space-based assignment towards the end of 2398.  He finally received new orders early the following year and was assigned to Starbase 38 as her new Assistant Chief Medical Officer.  While he’d been hoping for a Chief of Surgery billet, he was relieved not to be assigned as a Chief Medical Officer.  As Assistant Chief he would still be able to split his time between surgery and General Practice.

After only a few weeks onboard Guardian Station, the Chief Medical Officer transferred to a posting in the Delta Quadrant and given his experience and length of service, Josh was nominated to replace Doctor Cowell.  He wasn’t sure how to feel about the promotion, given the greater amount of administrative duties but he accepted the promotion all the same.