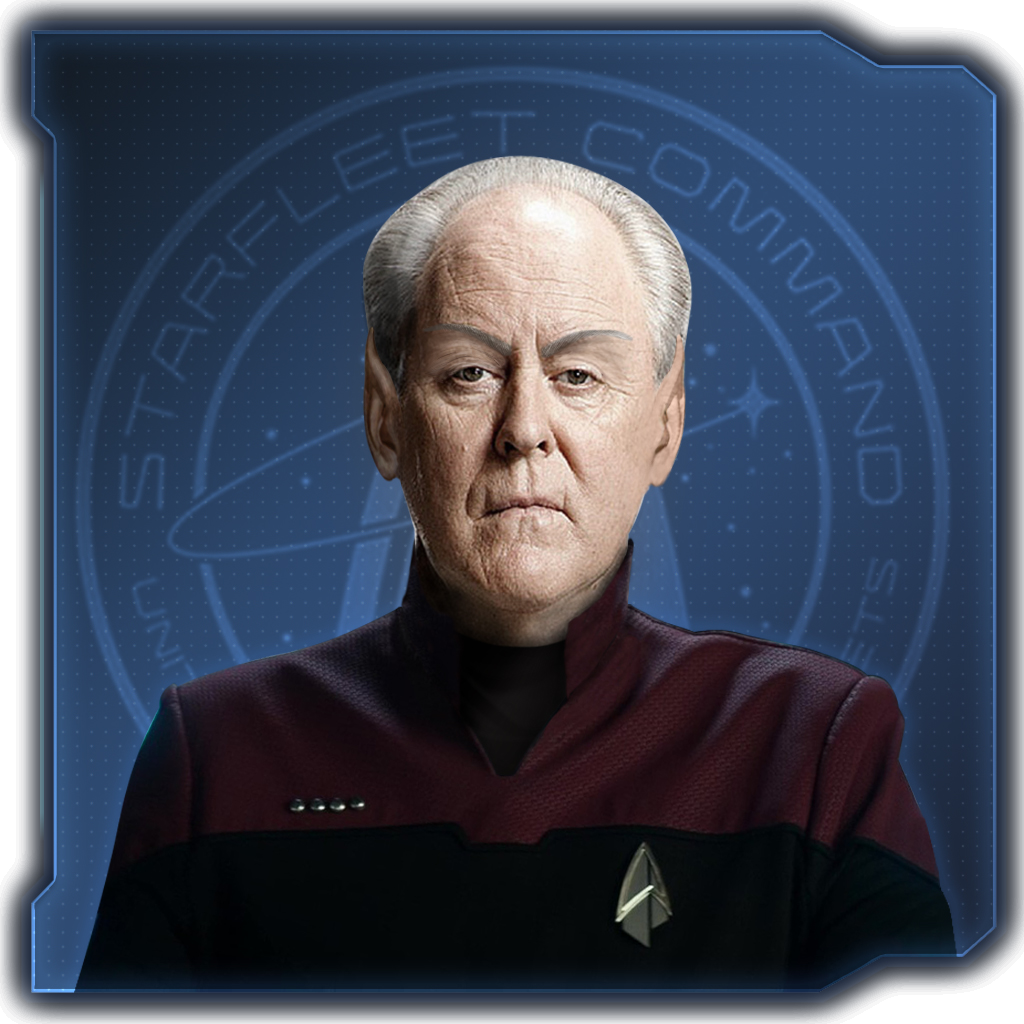 Sylus is the Executive Officer of Starbase Guardian.

Born on Vulcan in 2240, Sylus grew up in the city of Rh’Iahr. Both of his parents were the product of an arranged marriage. Sylus’s Father was a mid-level bureaucrat for the local city government his entire adult life. His mother was a botanist of minor notoriety. Sylus’s upbringing logically typical of the average Vulcan with little to no deviation.

When he reached the age of maturity, Sylus followed in his Father’s footsteps rather than his mothers. Even though he gained some unsaid enjoyment from botany, he deduced it would be more logical to work towards eventually succeeding his father in the local government.

Over the next One Hundred and Thirty plus years, Sylus would continue to report to work and review, approve or deny building permits. During this time, he also attempted to form a family. However, his arranged marriage to T’ploth would end, childless, in 2342 when she finally succumbed to Tuvan Syndrome. Though Sylus and T’ploth’s relationship had never developed into love as the Humans would call it, they had a deep admiration and respect for one another. Sylus would never admit it, but her death started a cascade within him. As a Vulcan, he knew everyone had their role to play in society, but he began to wonder if it was genuinely logical to spend his entire life approving building permits.

The internal cascade came to a head in 2373 when the Dominion War began. He deduced since this foe endangered his world, and certainly, the early days were bleak for the Federation. He should defend Vulcan. The best way he could see to do that was to join Starfleet. He had finally found a logical argument to break himself from his work as a bureaucrat, and so at the age of 133, Sylus found himself as a cadet on Earth.

Sylus chose Earth, instead of Vulcan, for his academy training because he didn’t have a great deal of experience with Humans. Most Vulcans who joined Starfleet did so at a young age. Had Sylus joined Starfleet young with his preconceived notions of Humanity, that many young Vulcans shared, he most likely wouldn’t have cared for his time on Earth. As a Vulcan past middle age, he no longer held the same views of Humanity. Starfleet was losing the war against the Dominion, and by and large, it wasn’t Vulcans or Tellarites or Trill dying on those ships. It was humans, who for all of their flaws, were dying in their vain attempt to stop the Dominion.

Sylus’s only direct experience of the Dominion war would be the Breen attack of 2375. Caught out in San Fransico with his squad, he instantly took command and began organizing relief efforts. Perhaps because of his age or calm, he received no push back from the other cadets who immediately fell in line. He and his squad received commendations for their work in the city that day, but it was also the catalyst for Sylus switching to the Command track.

In 2377 he graduated with honors, as most Vulcan do, and began his service as an Ensign on Starbase Sierra 6 as a Strategic Operations Officer. He would remain on Starbase Sierra 6, monitoring the Romulan Star Empire’s movements during the evacuation, until the synth attack on Mars in 2385. Though Sylus thought the synth ban was dubious at best, he was a loyal Federation citizen and Starfleet Officer. The then Lieutenant Sylus was promoted to Lieutenant Commander and put in charge of a group monitoring internal Romulan politics as the supernova drew near.  Following the supernova, and partial collapse of the Romulan Star Empire, he was placed in charge of Strategic Operations along the portion of the border still under RSE control. He would be promoted to Commander in 2392 and reassigned to Star Station India, taking charge of Strategic Operations along the Kzinti border.

Following the Breen attack on the then Starbase 38 in 2399, Sylus was promoted to Captain at 159 years old and assigned to the newly renamed Guardian Station as Executive Officer.