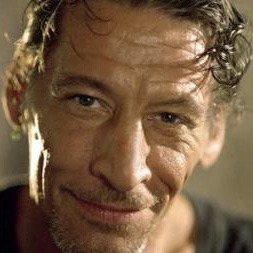 Captain Thomas Farro is the first commanding officer of the USS Lili'uokalani, and additionally it is his first command. He rose through the ranks in Strategic Operations, having served largely on various starbases throughout the fleet for most of his career. His keen eye and sharp wit were considered good qualities for the Commanding Officer of the Task Force's flagship, and has shone in his role.

Farro was born and raised in the American Northeast, in the small town of Bangor. In his youth, he excelled at his coursework, as well as strategy games. From an early age, he understood he wanted to serve in Starfleet, and was accepted to Starfleet Academy on his first attempt, taking a Tactical and Strategic Operations track.

Upon graduating from the Academy, Farro was assigned to Starbase 343, in the Beta Quadrant, and assigned to the Strategic Operations department. Given its proximity to the Klingon Empire, with whom the Federation were loose allies at the time, this wasn’t that interesting of a posting. Nonetheless, Farro excelled at poring over the various intelligence reports, and making recommendations for resource and vessel re-allocation.

Farro was promoted to the rank of lieutenant junior grade in 2371 and began working more closely with the station’s commanding officer, as a sort of attache to the Strategic Operations division.

With the outbreak of the Dominion War, Farro was transferred to Starbase 1, promoted to full lieutenant, and assigned to work with the office of personnel, to ensure that the right people were being deployed in the right places. Through the war, he was mildly concerned that the Federation would lose to the Dominion, but conducted himself professionally, with several recommendations on his service jacket.

Owing to his exemplary work during the Dominion war, Farro was fast-tracked to Lieutenant Commander, and promoted to the Head of Strategic Operations at Starbase 482, relatively near the Cardassian border. His mission during this time was to monitor incoming and outgoing Cardassian vessels, as well as any communication that would be of interest to the Federation.

Farro was transferred back to Starbase 1 after the destruction of the Utopia Planitia Fleet Yards. He and his staff were tasked with ensuring the monitoring and “deactivation and dismantling” of all synths still active within the Federation’s expansive workforce. He was advanced to the rank of Commander, and given a wide range of responsibilities to achieve the stated goals. He found the work largely distasteful, but understood it was for the greater good of the Federation.

In 2398, Farro was promoted to Captain, and assigned to the USS Lili’uokalani, at the direct request of Rear Admiral Tondro. Now the commanding officer of one of the largest ships in the fleet, with an extensive staff of scientists and operations specialists, he has found this to be a comparatively relaxing and enjoyable posting, and is looking forward to unraveling the mysteries of the Reliquary.