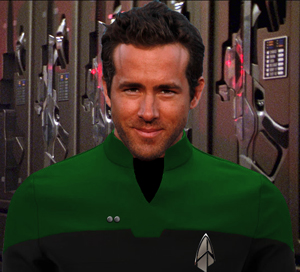 Jackson was born on July 14, 2371 aboard Starbase 103 to Henry and Alicia Porter. He started Kindergarden in 2376. Though he was held back and retook his fourth grade year 2381-2382, he excelled in his schooling going forward and started at the academy as a 19-year-old, right after high school.

Father: Henry Francis Porter was born November 1, 2341. He served as a pilot in several different duty stations. As of 2399, he is a Colonel and serving as a pilot instructor at one of the Starfighter Corps’ main training facilities.

Mother: Alicia Mae Porter (nee Fisher) was born August 9, 2349. She was a chef in a restaurant that specialized in Vulcan-Human fusion food. Her and Henry met in 2362 and got married in 2366.