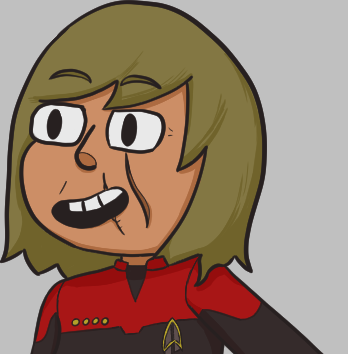 Stationed as an Ensign aboard the USS Aldrin, Garcia was the only surviving member of the bridge crew after the ship's destruction. She led the other survivors as their commanding officer for several months before Starfleet was able to recover them and bring them back to Starfleet territory. After she recovered, she chose to stay on with Starfleet, and was hand-picked for the bridge crew of USS Dreadnought by then-Captain T'Vrell in 2383. She and T'Vrell became romantically entangled, eventually marrying in 2386. Garcia stayed aboard Dreadnought from then on, becoming T'Vrell's Flag Captain after her promotion to the Admiralty in 2399.