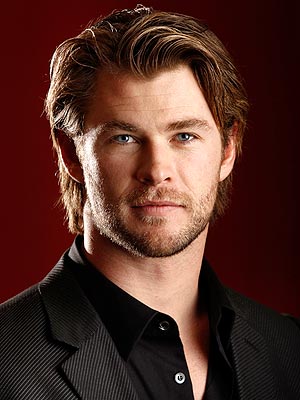 Axem is a child of the Cardassian Occupation of Bajor. He was brought up in the roughest of rough and experienced the worst of worst; but he hasn’t let it dictate his life. He’s used it as fuel to make the universe a better place and make him the man he is today. He has a sharp wit and hard rugged exterior but has a soft a gentle heart on the inside. He’s never afraid to stand up for the less fortunate and vulnerable.

Julad Axem was born in the Kendra Province of Bajor on October 3rd 2359 during the Cardassian Occupation of Bajor. His parents Julad Karata and Julad Nira were both part of the Bajoran Resistance and Axem was born into the thick of it.

Axem didn’t have the regular childhood or upbringing as a typical child would. Being born Bajoran at the time he was means you were born into strife and hardship; it meant little food and water and the torture and watchful eyes of the Cardassian overseers.

Axem had known nothing but war. From the time he could walk and talk he learned how to fight and survive. His parents were leading members of the movement in Kendra Province so Axem was never in the same place for too long; moving from one camp to the next and running through caverns and tunnels; always in fear of being caught. He quickly got involved in war and violence and started running small errands and cleaning weapons when he was 8. The years leading up to that was spent running and hiding when any attacks or ambushes happened.

Before Axem’s 10th birthday, he and his parents were captured in a well-planned surprise attack in the middle of the night by Cardassian forces. Axem’s parents were tortured for 5 days while he watched and at the end of the 5th day; he watched his parents die and there was nothing he could have done to prevent it. Axem broke that day; and when the Cardassian’s freed him to take him to a labour camp he attacked his captors in a haze of anger; was able to break one of their noses before escaping the compound. He made his way out to the forests of Bajor in an area he’s never been before. He spent 3 days amongst the tree’s before being recovered by the Resistance.

Axem was never the same after that day and in fact marked the final days of the occupation. A month after that incident the Cardassian’s withdrew from Bajor and the Bajoran Provisional Government was formed with the help of Starfleet and the Federation.

Axem spent the next 8 years in the Bajoran Military Academy. He completed his primary school teachings there before moving on into basic military training at 16. He vowed to himself that he wouldn’t be helpless anymore; that he would learn how to defend others and to help those in need. During his time at the academy, he became a master marksman and adept at hand to hand combat. He also spent time aboard Deep Space 9 and worked under the deputy’s stationed there. This is where he got his first taste of Starfleet.

He was proud to serve with the Bajoran Militia and for his people; but Starfleet stood for the galaxy as a whole, for unity of all races and their protection. He spoke with Starfleet personnel on how to apply and get accepted to the Academy. For 2 years leading up to his 18th birthday, he worked under Commander Anthony DiZarro who was Chief of Security at Starbase 84. After the 2 years, DiZarro sponsored Axem’s admission to Starfleet.
4 years of Academy was spent learning about the wonders of the galaxy, things he never have learned on Bajor. He excelled in all his tactical and security training and also did quite well in engineering fields as well. When he graduated, he was ready to stand and defend the Federation and what it stood for.