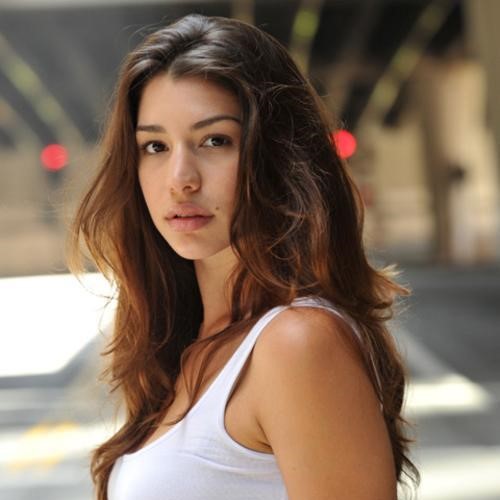 Allie was born in Tel’Aviv, Israel on July 18, 2132. She was raised in an intact household with her father, mother, and two younger siblings. Her father, Yusuf Al-Basir, was heavily involved in governmental actions and policies in the Middle Eastern Coalition. And the children were reared by their mother, Fatima Siniora, a professor of Anthropology at Bar-Ilan University. Allie’s childhood was clouded with political strife and instability, mostly connected with her father’s work. The family was forced several times to escape the neo-terrorist movements sparked by Xenophobia, economic strife, and ethnic power struggles.
Fear shaped Allie’s hobbies and interests, beginning with Martial Arts. Her first experiences involved Karate, later learning Jujitsu, Aikido, and Judo. Mastering the basics, she was introduced to Krav Maga by one of her father’s friends in the old Israeli Defense Force. Bechara al-Rahi became a second father to Allie, introducing her to physical fitness, defense, and weapon safety. Against her mother’s wishes, Allie practiced at the local gun range becoming proficient with both older and modern weapons. Bechara included her in tactical situations, often in the form of paintballing. Allie believed she had found her calling and expressed her desire to join the Military Assault Command Organization after graduation. To Allie’s surprise, Bechara asked her to reconsider. He encouraged her to pursue an academic interest in college and develop a specialty. He suggested she explore Bar-Ilan which had recently developed a relationship with the Tactical Command College to become an officer. He suggested she keep her eye on the Military Assault Command Operations as they would be taking graduates from TCC into their program.
Allie was accepted into the University and declared her major in Psychology and Military Sciences and enrolled in the TCC ROTC program. She thoroughly enjoyed her college experience and focused her psychological studies on organizational leadership, researching military structures and team leadership tactics. She applied for a research assistant position and was afforded the opportunity to study military structures and behaviors in various local defense militia teams and the newly structured MACO composed of Earth’s various militaries around the world. Allie graduated with honors and was conditionally accepted into MACO pending additional courses and survival training.
Allie was transferred to Paris to complete additional required training Xeno studies. This was Allie’s first long distance travel from her family and friends. She connected with her peers and adjusted easily to the peaceful atmosphere of the European continents. Allie found it difficult to imagine how different society was back home, and grew in respect for her father’s work, which had created so much anxiety as a child. Allie relied heavily on her informal training from her mentor Bechara and often scored in the top 5% of her peers. She excelled in small team action, displaying strong leadership skills and rapport with her team. Her training was completed with an experimental “survival training” program developed by the training site in Moscow, Russia which had developed a rigorous course involving indoor and outdoor environments to simulate a variety of locations MACO forces might experience on planets and in space.