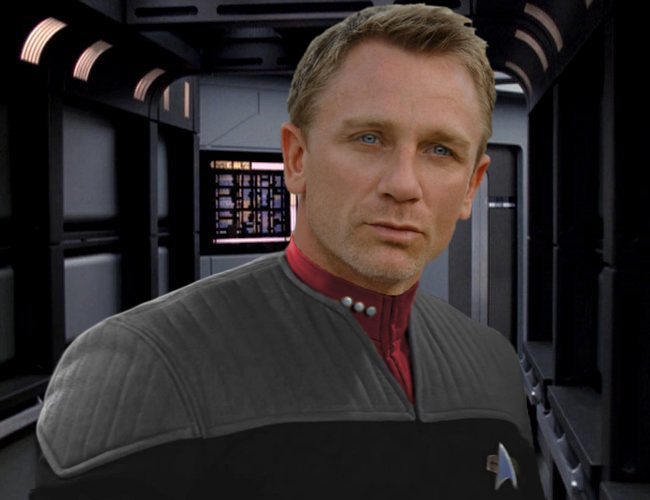 Malcom Richard Harrison was born to Bruce Ronald Harrison, a prominent member of the Diplomatic corps, and Mayella Dee Forrest. Malcom lived a normal life, quiet, happy, Until his Father was KIA while on a mission for the diplomatic corps. There was no body brought home to bury. This was Malcom’s inspiration to join starfleet. He went to the academy in 2381 and graduated with honors in 2385. His first assignment was the USS F. Scott Fitzgerald as the helmsman for three years. After being promoted to lieutenant, he was posted to the USS Renown as the Comms Officer, where he did seven years of service until she was Decommissioned in 2395. He was then assigned to USS Church, where he was Second Officer for three years before returning to Earth to accept his assignment as Executive Officer of the USS Explorer. Where he served for a year before she was destroyed in a battle with rogue Tal Shiar.