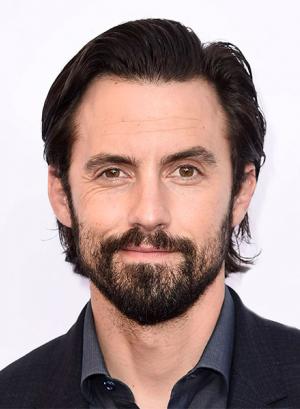 Jared is the Chief Engineering Officer on Starbase 38. Agreeing to return to service when his Husband was offered a position on Starbase 38. Having become disillusioned with the current Federation leadership he felt it was a good time to move away from Earth.

When he decided to join Starfleet his family was supportive and not really surprised. He was always a tinkerer growing up. His time in the academy was some of his best memories. Though San Francisco was far different from his small town it was a lot of fun. He went to Oxford High School in Oxford, Mississippi before joining the academy at 16. Enrolled and was accepted to the Academy for study in Engineering. Graduated Academy in 2376 with a major in Engineering and a minor in Command.

He didn’t graduate at the top of his class but he did graduate with honors. His first assignment, to the USS Potemkin as an Ensign, where he served for three years as an Engineering Officer. He found the assignment pretty boring, an older starship relegated to patrol duties, but it did give him lots of time to tinker with the ships systems.

Then he promoted and transferred to the USS Saratoga as a Warp Specialist. The Staratoga had been fitted with an experimental drive and Garret was one of several warp specialists on the ship. The trials conclude four years later with no appreciable increase in warp performance. The program was an over all failure. The Saratoga was put into dock to be fitted with standard warp drive once again. Garret was assigned as the assistant Chief Engineer for this project. Once completed he was transfered to the USS Bismarck as their Senior Warp Specialist, however he was quickly made Chief Engineer when the position opened up at the last minute before a mission.

When Mars was attacked it really shook Jared and Sterling. They felt they should codify their relationship in marriage and so in 2388 they did. Jared married Lieutenant Commander Sterling Badr aboard the USS Bismarck in early 2388. His best man was Lieutenant JG Brendan D’Agostini, and the ceremony was performed by Commodore Paul Shepherd.

Shortly after their wedding Sterling was offered a position on Earth. Jared and Sterling both felt it was the perfect opportunity to leave shipboard duty following the attack on Mars and focus on their family. With the destruction of Utopia Planitia the San Francisco Fleet Yards became Starfleet’s largest shipyard. Jared became the Head of Starfleet Construction and was responsible for all ship construction at the yard.

In 2396, having become disillusioned with the Federation leadership and in some part Starfleet, Jared decided to leave service and focus on his family. Together Jared and Sterling adopted an eleven year old half human half romulan boy named Andreas. Jared became a stay at home father, but did come to miss his work.

When Andreas was 14 years old in 2399 his father Sterling was offered a position on Starbase 38. At first Jared and Sterling didn’t give it much though, but growing up Romulan on Earth following the destruction of Hobus was not easy for Andreas. When Sterling learned the Chief Engineer position was open as well he brought the topic of returning to service up with Jared. Together as a family they discussed leaving Earth and agreed it was probably best for them all as a family. So in 2399 Jared, Sterling, and Andreas boarded the USS Lancelot which was being reassigned to that sector and headed off to their new life on Starbase 38.