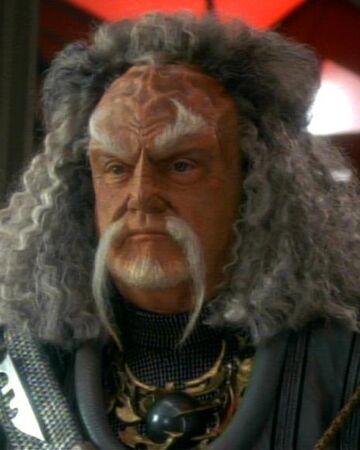 Partha is a Dahar master, and last chance for his house to return to glory. The Dominion war sundered his house, and he had dedicated his life to spiritual pursuits when the Sons of Kang reared their head. His efforts to destroy their operation saw their house restored. Partha is very old for a Klingon, but in great shape. He seeks to have his house restored to Great status by earning it in battle.

House Bosatva sided with the Duras faction during the Klingon Civil war, they lost their status as a Great house and were reduced to minor holdings. Parthas family labored for a decade to restore honor, going to every battle, seeking every rich. Partha was given every manner of education and tutor growing up, and the pride of his house goes with him.

The Sons of Kang were a pirate group, formed from Dominion war rejects who absconded with the ships they were serving on. They took the name of a Bosatva raiding group, famed for their hit and run tactics and threatened to overturn all the delicate work rebuilding the family name. Partha as a young man was the only warrior the house had to send in response.

Partha would recruit, train, and send a mercenary crew, following in a cloaked B’rel pulling strings. Shrewd, he chased their scouts, and tracked them to their hideouts. With exquisite care over the course of a year, the Sons of Kang were killed to the man, Partha never once had to join in battle. His efforts were pure precision and ruthless in their application. This was a great victory for the house Bosatva and the beginning of a long climb.

Partha would carry his house, oversee arranged marriages, and rule with an iron fist over the growing house. From mere dozens, to thousands within forty years, House Botsava saw it’s great House status nearly restored. But, for the actions of a few members of his house conspiring with criminals Partha took the blame for a travesty to keep the reputation of his kinsmen intact. He avoided dis-commendation by volunteering to go into Exile on Boreth, serving the Dahar masters.

On Boreth, Partha learned to separate his obligations in life from his duties to himself. Realizing he had neglected to learn about himself he embarked on a soul search, finding out much about himself he had never dared to realize. Partha knew his selfless act was less altruism and more a desperate please at the end of a long life to find an adventure worth dying for. Running a house and being an aristocrat held no interest for him, and his soul was weary.

A mission to the Beta Quadrant is brought to his attention, a brilliant but hot tempered Captain was taking a Negh’Var farther than anyone had gone. They wanted him on board as a mission advisor, and he had been unhappy on Boreth, unhappy with a deathbed already made for him in a cave under the ice. Partha had sent others to have adventure, and now he wanted one for himself.