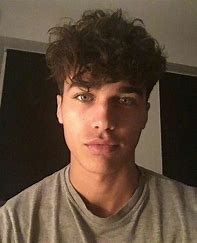 Tayran had a bit of a bad boy reputation coming out of the Academy and it wasn't until he was captured by the Klingons for eight months, then he was assigned someplace nice and safe the Ochoa. Science and Exploration, just what the pilot, the best in the quadrant, needed. Then, on his way for a little R&R to Risa, he was caught up in spatial anomaly and found himself in 2399.

Tayran was born on Rigel Kentaurus on Sept 2, 2234, to Eli and Joann Wayne. His father is a climatologist, his mother a botanist. They were part of a Federation team of scientists who were terraforming the planet.

He was reading by the time he was five and had a strong interest in astronomy, it looked as if he would follow in his parents and siblings footsteps and become a scientist or engineer like them.

At age eight, his best friend Ryan’s father gave him his first ride on a shuttlepod letting him sit in the pilot’s seat and “fly” the ship. He was hooked at that point and knew in his eight-year-old mind that he would become an astronomer that could pilot himself around.

At age twelve he started to pester his parents for taking official piloting lessons. They did not allow that, but he started to take unofficial lessons from Ryan’s father. He began to question both his parents’ pacifism and his dream of being an astronomer.

He came out to his parents as gay at the age of fourteen.and was accepted for who he was

Two significant events took place when he was fifteen. His parents allowed him to start taking official lessons, and he got his first boyfriend Jacob Longmyer the son of an engineer who was also part of the Federation team. Jacob had a well-deserved reputation of a badboy that made poor decisions and ran with the wrong crowd.

His parents disapproved of the relationship both because of the boys’ ages(Jacob was three years older and Tayran was too young)and Jacob’s reputation. That along with Tayran’s now open questioning of their pacifism and his formal rejection of his plans to pursue astronomy was the beginning of estrangement from his parents.

At age seventeen he got his pilot’s license He and Jacob were now joined at the hip and were inseparable, or so Tayran thought. But Jacob’s badboy persona went beyond his bad decisions and poor choice of friends. Tayran was not the only guy he was seeing.

He convinced Tayran into joining a group of smugglers as their pilot. The biracial teen was hooked because of his love for Jacob and the promise of a source of gold-pressed latinum The estrangement from his parents grew.

Tayran was told the group was smuggling medical supplies and didn’t question Jacob or anyone or dig too deep. After almost two years he found out that Jacob was cheating on him and that the group was actually smuggling stolen photon torpedos and phaser emitters.

Both revelations were devastating to him and he did the only thing he could think of doing, he went back to his parents for advice. Even though they were not particularly fond of Starfleet, who they felt were becoming too militaristic, encouraged him to go to them.

He did and turned himself in, turning state’s evidence. As part of the deal, he joined Starfleet and entered the Academy.

His piloting skills were impeccable and his underlying natural talent was outstanding. As he graduated to bigger ships his skills continued to excel. Though he did spend a lot of time in the simulator to help hone his talents.

He was otherwise a rather pedestrian student, in the middle of this class. Stung by Jacob’s betrayal he acted out by hooking up with as many guys as he could during his tenure.

He left the Academy with a reputation of a crackerjack helmsman who was something of a risk-taker and given his past role as a smuggler an affinity for one-night stands and a not so occasional speaking his mind when he was invited to do so as a badboy.

Four months into the war a shuttlepod he was piloting was destroyed by the Klingons and he and the rest of the crew aboard were captured. He spent the next eight months as a prisoner of war.

The experience, which he has only discussed with counselors, did change him, giving him a darker edge. It didn’t break him, however, and it only slightly diminished his risk-taking.