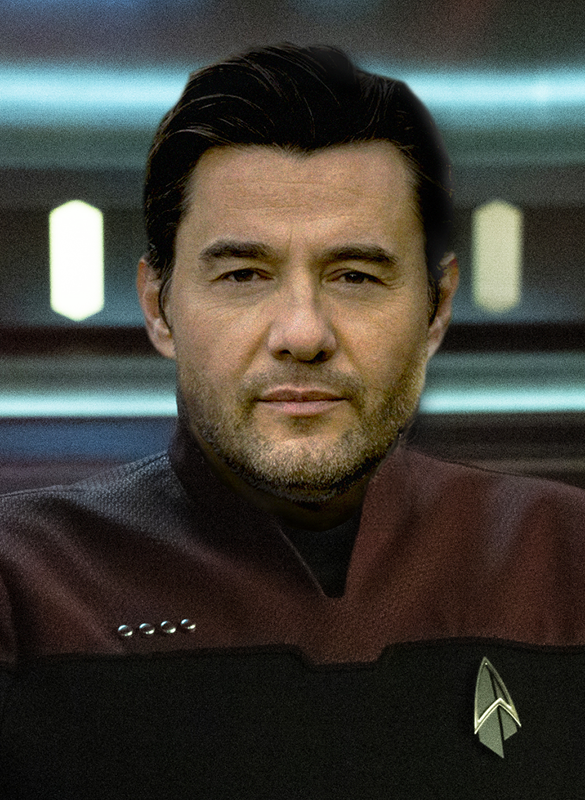 A seasoned Starfleet veteran, Starke has recently returned to the fleet after taking an early retirement in 2389. He has been assigned as the commanding officer of the USS Hood. 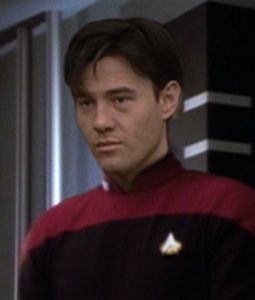 Born on Alpha Centauri to Patrick and Kathleen Starke, professors of archaeology and ancient literature respectively at the University of Alpha Centauri, Conor

had a well-off childhood and was afforded a very thorough and advanced education. Conor excelled in both the classroom and the playing field as a youth, graduating valedictorian of his class as well as being a member of his school’s racquetball team and an accomplished Anbo-jyutsu competitor.

Conor surprised and disappointed his parents when he announced his intention to apply to Starfleet Academy upon his eighteenth birthday, dismissing their hopes that he would follow their footsteps into academia.

Upon arriving on Earth, Conor once again excelled in his studies and spent his first two years in the top twenty percent of all his classes. To no one’s surprise, but to the dismay of a few instructors (who wanted him to become a scientist), Conor deiced upon the starship control track after his initial training. During his training Conor proved to be an excellent tactician, hand-to-hand combatant, and pilot but had less than stellar engineering marks, which is still a sore subject to the ultra-competitive Conor. 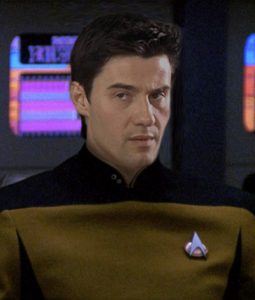 Upon his graduation from the academy, Conor was assigned aboard the Excelsior-class USS Roosevelt as a conn officer under the seasoned chief of the department. He cut his teeth aboard the Roosevelt during several engagements against Nausicaan raiders. As the primary conn officer after Lawford’s departure in 2366, Conor was also at the helm in 2367 during the disastrous engagement against the Borg at Wolf 359. It was due to his piloting ability that the several of the crew made their escape, but the heavy fatalities suffered aboard the Roosevelt when she was destroyed would weigh upon him. For years he held himself partially responsible, thinking that if only he had reacted faster or better, more of those lives could have been saved.

Following the battle, Conor spent time at Starfleet Medical in therapy and recuperation due to injuries he’d suffered during the Battle of Wolf 359. However, his stay was short and by the last few months of 2367 he had been reassigned aboard the USS Excalibur to help with her refit and repair. He served under the ship’s acting captain William Riker during the Starfleet blockade of the Klingon-Romulan border during the final days of the Klingon Civil War. He would remain aboard following the operation as part of her regularly assigned crew.

It was during this time that he served under Elizibeth Shelby while she was assigned as the Excalibur’s new first officer. The two grew to respect one another through their years of service, each seeing qualities of themselves in the other. It was Shelby who recommended Conor to the post of second officer of the newly commissioned USS Spector in 2370. 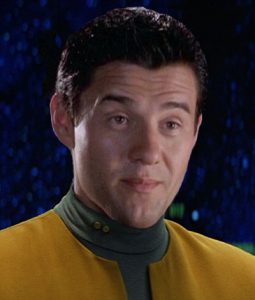 Aboard the Spector, Conor would initially serve as Chief Conn Officer as well as second officer. Making the switch from the larger, less agile Excelsior and Ambassador-class vessels he’d served on previously to the more nimble Akira-class Spector proved itself to be a challenge, but it was eventually something Conor mastered. He would go on to demonstrate himself a capable leader in the course of his duties, so much so that when the ship’s first officer was wounded and had to leave his posting due to rehabilitation, Conor would be tapped as his successor. Those events occurred during the chase and recapture of the USS Prometheus on stardate 51462, as the Spector sustained damage and casualties in the final confrontation with several Romulan warbirds.

With his elevation to first officer came a whole set of new duties and responsibilities, which he shouldered eagerly. Later that year, Conor was even forced to take temporary command of the Spector during the First Battle of Chintoka when her commander was forced to leave the bridge for sickbay. 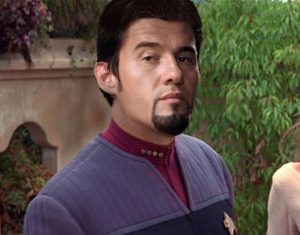 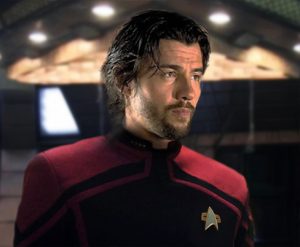