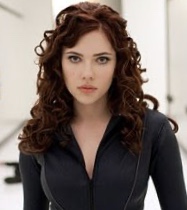 Abby was born in the mountains of Scotland where she was trained in the art of natural medicine. She graduated early due to her intelligence level and attended Starfleet Medical, interned at McCoy Hospital and is currently serving as first officer on the USS North Star

With each of his children once they reached a certain age, their father, Alister, believed they needed to experience life in the wild. They were given one “old world” choice to take with them and spend their summer in the mountains of Scotland. Like the others before her, Abby struggled at first but she excelled in the wild and came home having succeeded. After that, she was schooled and prepared to take her place in the world, making her own choices to remain in Scotland, join Starfleet, or any other life choice she wanted.

Abby worked diligently at her job, showing a gift for treating crew and making them feel comfortable. She spent two years on the Farmquist and was transferred to the USS Detroit to serve as assistant chief.

In 2398, Abby was transferred to the USS North Star where she served at Chief Medical Officer until she was promoted to first officer. Though she gave up her position in medical she keeps her license up to date.