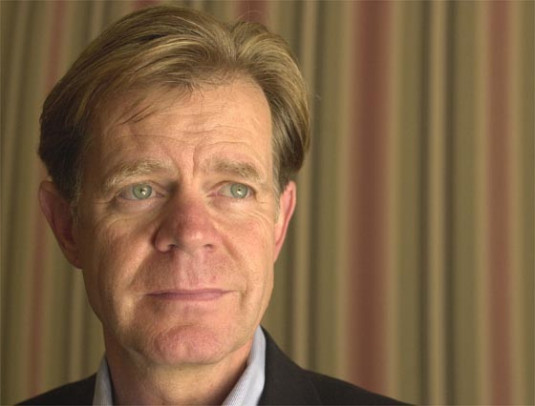 Reserved and polite, Knox is the model of a Starfleet admiral. After spending nearly twenty years commanding starships, he reluctantly accepted promotion and has a reputation for being down-to-earth, practical, and concerned chiefly with the welfare of the people under his command.

Knox entered Starfleet Academy in 2347. He majored in astrophysics, finding pleasure in the way that the relationships between heavenly bodies could be expressed mathematically. As a student, he excelled academically and was found by his instructors to be preternaturally mature and disciplined. He found comfort in the regulations and this quality would follow him for the rest of his Starfleet career. He was a member of the prestigious Blue Squadron as a cadet, an elite unit attached to Starfleet Sciences.

Knox’s first posting was aboard the USS Horatio in the stellar cartography department, where he served for six years, eventually advancing to the rank of lieutenant. The Ambassador-class ship spent much of its time exploring the Beta Quadrant and was largely kept out of the Federation-Cardassian conflict. His first experience with combat came when the ship spent several months patrolling near Nausicaan territory and was the frequent subject of attacks.

As a lieutenant commander, Knox joined the first crew of the USS Galaxy following her official commissioning in 2357, serving as head of the space sciences division, overseeing cosmology, stellar cartography, astrophysics, and temporal mechanics. It was here that he reconnected with then-Lieutenant Commander Linda Stanton, the ship’s Head Nurse. They had known each other at Starfleet Academy but had never been more than friendly. Their friendship turned romantic aboard the Galaxy and they married in 2360.

Knox transferred to the USS Hephaestion in 2362 as chief science officer and second officer with a promotion to commander. An Excelsior-class ship, the Hephaestion wasn’t as prestigious an assignment as either of his previous two postings, but he was a bridge officer for the first time in his career and frequently found himself in command of the ship and was a regular member of most away teams.

His first child, Rebecca, was born in 2368, and though the Knoxes considered requesting a posting to a starbase or planetary facility, they decided that they wanted to try to make things work on the ship. Knox became executive officer the next year, which did mean bigger living quarters, but it put a strain on his ability to spend time with his wife and child.

In 2370, the starship Odyssey was destroyed by the Jem Hadar, which prompted an increase in Federation shipbuilding, an effort only further intensified with official first contact with the Founders the following year. This meant that a shortage of command-grade officers began to develop, and so Knox was promoted to captain of the Hephaestion after only two years as first officer, though he fit naturally into this role.

Rebecca’s birth was followed by Sarah in 2372. The two children lived with the Knoxes aboard the Hephaestion until 2373, when the Dominion War broke out and they decided it was best for one of them to take a shore assignment to keep them safe. Given that there were many more nurses in Starfleet service than captains, Linda volunteered to take the children and was reassigned to Starbase 173. The Hephaestion was assigned to the Second Fleet, serving in a number of engagements including the destruction of Dominion shipyards over Torros III. Knox had to navigate the complexities of his first command while also receiving his baptism through fire in some of the most grueling battles in Starfleet history. He was a cautious, defensive commander, never one to advance too far beyond the line of battle or get pulled into any melees. His ship was one of the few not to suffer crew losses in the first year of the war. It was transferred to the Third Fleet and helped defend Earth against the Breen in 2374, eventually participating in the final offensives into Cardassian space.

Knox began the war as a novice and left it as a veteran commander, eager to get back to the business of exploring. The Hephaestion spent the first two years after the war participating in the effort to rebuild Cardassian territory, before embarking on a long-duration exploratory mission in the Beta Quadrant. Before this mission, Linda rejoined the crew as chief medical officer with the children in tow. Their third child, Cody, was born in 2378, bringing the Knox clan to five. During this time period, the Hephaestion made first contact with two new species and charted two full sectors. Though she had been refit several times, having been built nearly eighty years prior put the Hephaestion on the list of ships to be replaced and she was decommissioned in 2380.

Though Knox had grown attached to the ship he had spent eighteen years of his life, he found his new ship, the newly-built Nebula-class USS Agincourt, to be a superior vessel in every measurable respect. In addition to being faster and more powerful, the ship had substantially more room for his family. Knox commanded this ship on a five-year exploratory mission in the Gamma Quadrant, mapping out potential locations for Federation colonies and sites of scientific interest. It was his intention that following the conclusion of this mission, he would retire from Starfleet, having spent nearly 40 years in service to the Federation and having achieved his goal of starship command some 14 years prior, so one of his major projects during his tenure on the Agincourt was to groom his XO for command.

Following his return to Earth in 2385, Knox was set to resign his commission when he was given an emergency assignment to take command of the USS Sagan on a temporary basis to analyze the destabilization of a star in the Orion Sector, with the hope of providing additional data for Ambassador Spock’s project to stop the Hobus star from exploding. While the data was not ultimately useful, Knox realized that his time in Starfleet wasn’t finished and so he accepted permanent assignment to the small science ship. It was not suited to children or families, but his wife managed to get herself posted to Starbase 24 where the Sagan was posted.

In 2388 and running into 2389, the Sagan performed sustained experiments that led to a new procedure that they were able to use to restabilize the Barzan wormhole in the Alpha Quadrant. This proved successful to the point that the Barzans were willing to negotiate for their full accession into the Federation. Given that they were slow to trust and he had already developed a relationship with them, Knox was selected to head up this effort. He was promoted to commodore and took command of a temporary base established in orbit over the new protectorate. Christened Deep Space 38, the Jupiter-type station would serve both as a site for future negotiations–given that the atmosphere of Barzan II could not support any non-native life–and a base for supervising the construction of a brand-new Guardian-class starbase.

In 2393, Knox was selected for promotion to rear admiral and took command of Task Force 38. This promotion put him in operational control of the handful of ships on the other side of the Barzan wormhole in the Delta Quadrant. As the wormhole was further stabilized, Starfleet began to resume more regular deployments of ships through it, and Knox was able to use his experience in the Gamma Quadrant to optimize resource distribution and exploratory patterns to make the most of his limited assets. His time in this position was largely concerned with bringing ships back that had been stranded in the disastrous destruction of The Round Table in 2388 and sending in additional assets that could assess the situation for further exploratory and scientific missions. Knox was instrumental in establishing a moratorium on the construction of permanent bases or colonies in the Delta Quadrant, shifting the task force’s focus to exploration and diplomacy, rather than defense. He was present at the formal accession of the Barzan people into the Federation in 2395, which resulted in the renaming of Deep Space 38 to Starbase 38.

Following a total of six years in the Barzan system, Knox was selected for a two-year term as commandant of Starfleet Academy on Earth. In this role, he worked under the superintendent, who had overall command of the academy, to oversee discipline and day-to-day operations involving the cadet corps. He enjoyed this role, especially given that it allowed him more off-duty time than was possible on a starbase or starship, but he did miss being part of operational decision-making.

Following his tenure at Starfleet Academy, Knox was promoted to Vice Admiral and made Director of Odyssey-class Operations at Starfleet Command for a two-year term, where he was responsible for the provisioning of Starfleet’s Odyssey-class explorers, including selecting their captains and steering them towards Starfleet’s various fleets for operational use. He personally selected one of them to be specially-modified for deployment to the Delta Quadrant, the USS Arcturus, which he assigned to Fleet Captain Hayden.

In 2399, Starfleet decided to double the size of Task Force 38 from sixteen to thirty-two ships, and Knox once again found himself in the Barzan system overseeing Delta Quadrant operations.