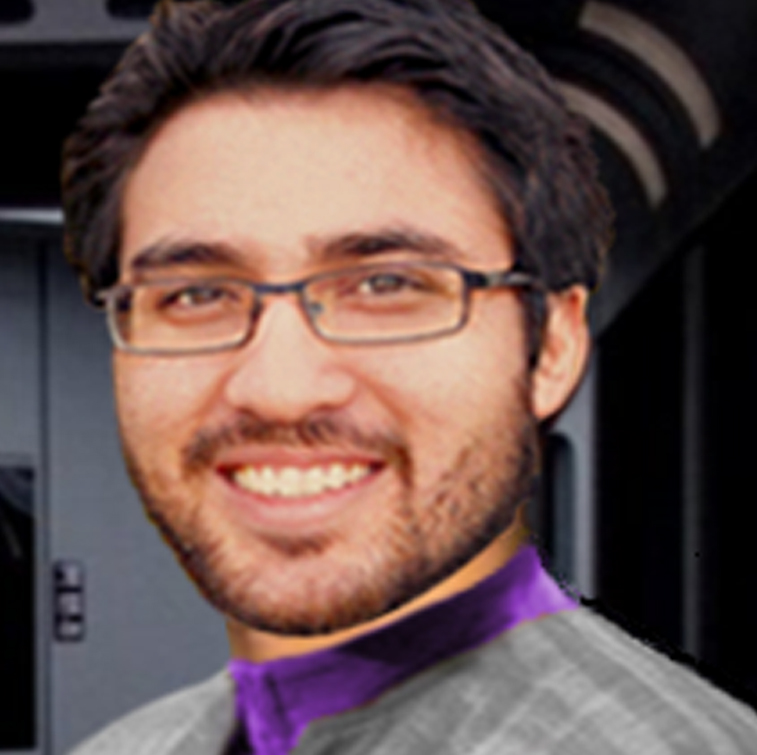 Wakeham - who generally goes by his middle name, Paul - is a gregarious soul: quick to laugh, and self-effacing with a somewhat blue sense of humor. Paul is loud and demonstrative, though this is often for comic effect. An academic by training, Paul nonetheless prides himself on his practical outlook. Unlike some of his academic colleagues, Paul has no interest in talking around those with less schooling. The unifying philosophy of his life and his studies is belief in the efficiency and dignity afforded to people by democracy.

Paul was born in Augusta, Maine to a math teacher mother and a father who worked primarily as a clammer/lobersterman in nearby Portland. Paul grew up without many of the contemporary accoutrements of Federation life. Neither his family nor anyone in his community had a replicator, access to a shuttlecraft or any other long-range transportation. Paul was 12 before he ever set foot in a shuttlepod and 16 the first time he used a transporter.

Paul’s innately angry but civic-minded father steeped he and his siblings in the world of local politics from a young age. Of them, only Paul really took to it, and, even then, it was in spite of the fact that he rarely agreed with his father’s individualist, anti-Federation and largely anti-technological views.

Though a generally solid student throughout his primary school studies, Paul was far more interested in playing basketball. He started Power Forward for his high school varsity team – a team that went 15-1 his junior year and made the Over North district finals. Upon invitation to a summer league in Chicago on Earth, Paul quickly learned that a slow-footed, 6’2″ forward would not be able to pursue basketball much beyond high school, and thus he subsequently scrambled to forge a new path.

Paul rarely lacked for ambition, especially as it pertained to the prestige of his education. Having abandoned hopes for a basketball scholarship Paul began to dream of attending the Daystrom Institute, though his solid but unspectacular performance in school to that point meant he would have to find a back door. Despite his reservations – and at his mother’s behest – Paul accepted the financial generosity of his grandparents and uncles who helped to send him to Daystrom the summer after his senior year of high school as a non-matriculated visiting student. Paul’s performance (and strategically selected classes) helped him to gain official admittance and a research assistanceship in his second year.

Paul attained a Bachelor of Arts in Xeno Administration with a Minor in Electrical Engineering from the Daystrom Institute in 2381. Later, he earned a PhD in Economics from the University of Wisconsin with a focus on shared Cultural-Institutional Norms in Economic Transactions. His dissertation focused on surreptitious Ferengi-Dominion economic activity in the lead up to and immediately following the Federation-Dominion War of 2373-2375.

Since receiving his PhD, Paul has had a number of research and strategic planning positions. Most notably, he served as a diplomatic liaison and researcher for Federation Office of the Inspector General under Starfleet Diplomatic. Indeed, that position indirectly led to Paul’s commission in Starfleet.

At the behest of Commodore Sandy Highland of Starfleet Intelligence and Admiral Ton (ret.) of the Office of the Inspector General, Paul joined Starfleet, and was granted special dispensation to gain commission after an abbreviated training program at the Starfleet Auxiliary Officer Candidacy School—La’ash University on Vulcana Regar, Vulcan. Given the nature of Paul’s duties, his intensive OCS training and his possession of two advanced, terminal degrees, Cadet Alasia was subsequently granted a full military commission and is considered, for all practical purposes, to be a graduate of Starfleet Academy.

Paul’s relationship with his family has become strained since receiving his commission. In recent years, Paul’s father transitioned from an anti-Federation activist into a more militant actor and was arrested for planning violent acts of sabotage against Federation infrastructure. Paul was called to testify for the prosecution after one such incident. Partially as a result of his testimony, Paul’s father is serving what could end up being a life sentence. Paul is plagued with guilt about his behavior and has increasingly come to feel that he does not deserve a good life.

Paul is slightly overweight and suffers from bouts of asthma which has plagued him since childhood. Moreover, he he is far-sighted. He finds monthly shots or surgery for such easily manageable medical issues silly and thus carries an archaic aerosol medicine dispenser and wears glasses against his doctor’s stringent wishes. Despite how viciously he and his father disagree, Paul’s mother is quick to point out that his inhaler and glasses represents a rejection of technology reflective of his father’s ethos. Paul has a collapsed ear-drum in his right ear and, for the most part, cannot hear out of it. He has better than perfect vision for a human being