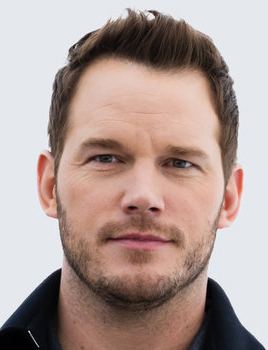 Charlie is a Midwestern boy with roots in Canada, and a natural born mechanic and engineer. Growing up on his family's farm, he started working with his father at an early age learning to fix the machines there. It wasn't long before he'd developed a passion that would drive him through his years in Starfleet. Recently offered the opportunity to serve about the USS Newton, Charlie jumped at the chance to be on the cutting edge of new science and to help develop the next wave of Starfleet tech.

Charlie was born in Topeka, Kansas to Mick and Amanda West, two argo-specialists in the plans of the Americas. By the age of two, Charlie was already exploring the world around him, fascinated by everything that he could get his hands on. Even more fascinated by his new baby sister. He and Sam grew up the best of friends, and that never changed. If someone hurt her feelings, they heard from Charlie. If Charlie liked a girl, Sam made sure that the girl found out. Allies, friends, and siblings like no other.

They both excelled in school, but as their college careers came to an end, they bid each other farewell. Samantha decided that a quiet life as a midwestern farm girl was the one for her and married her long-time boyfriend Allen Meyer, while Charlie headed for Starfleet academy.

Charlie ran the top of his class in the academy, especially in classes related to warp theory and propulsion mechanics. From an early age, Charlie loved anything with an engine of any kind that would go from dirt bikes to hover boards, and he ate up the information about massive warp cores, nacelles, and warp stream mechanics. Charlie graduated top of his class in warp theory, with honors. He was ready to apply his knowledge wherever it was viable.

Charlie served the next ten years across three ships, the USS Markham, the USS Parkland, and USS Houston. All of which were fantastic ships, with wonderful crews that took him all around the galaxy. He got to see the formation of stars and the death of planets, but he couldn’t get his teeth around anything like he wanted to. That is until the USS Newton came calling.

Charlie jumped at the chance to join up with a research focused mission statement, and was eager to get his hands dirty with some real work to better the Federation.