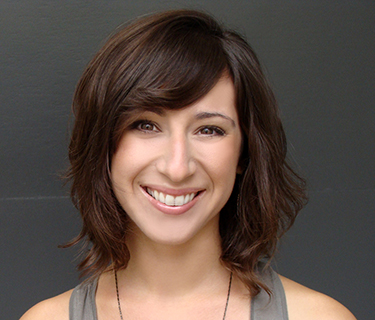 Diana is a woman still discovering her own strengths. She's used to being the underdog and having to think faster, work harder, push farther because of it to get what she wants or needs.

Diana was born on the USS Descartes, the same as her sister two years later. Space ran in her family’s blood. They were made for being out in the black amongst the backdrop of stars. She’d describe her childhood as normal compared to any other childhood aboard a ship. Sure, there were scares. She lived through two boardings and a major battle, but it still didn’t dissuade either her or her sister that they were meant to be out there in space when they grew up.

Audrey was the vocal one. She wanted to go into security. Have a phaser. Shoot at Cardassians until it was no longer okay to just shoot Cardassians. Diana was always more about exploration. She wanted to know more about what was out there. How did things work. She watched which meant she tended to fall to the background until her father would loop her back in again eventually. He was always doing little things like that.

Diana was in her final year at the Academy when she lost them during a border dispute near Dominion space. She took it hard- hard enough that it almost tanked her year. She pulled up with the help of ace instructors, a great support network of friends, and sheer tenacity. Diana went on to serve aboard the USS Montauk under Captain April Givens. While there Diana’s name appeared on several redacted files and there’s more that she won’t talk about. When in the same room with Givens there’s a long, icy distance between the two.

Following the Montauk, Diana worked on the Ouroboros Project with the USS Tianjin and served on the USS Garnet under Captain Cern Prescott before being pressed to agree to command training. As Diana was rising up, Audrey was settling down to raise her daughter on a peaceful little colony world. More top secret projects built up under Diana’s belt as she served as XO on the USS Bonn. She was still there when the colony was hit with a mutated version of the Aurelian Nipah virus. Only seventeen colonists survived including Diana’s niece Sabine. Diana took her in just before she was given the news that she was being given her own ship. It should have been a momentous occasion, instead it was awkward and somber.