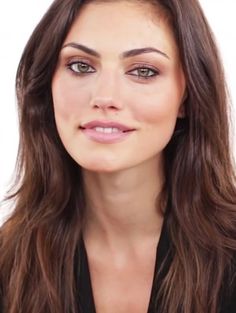 Regine was born in Santa Cruz, California on August 8th 2228, and admittedly a “Starfleet Brat.” Her parents were very loving and her father invested a lot of time to his daughter, showing her movies and films of times long gone. He would affectionately nickname her “Starbuck.” The family would spend winters at a family home in Pearl Harbor Hawaii. She had always romanticized flying the F-14 Tomcat of the US Navy in the 20th Century but understood that such whimsical goal was unreachable. And she knew joining Starfleet would be the next best thing.

Her father encouraged her willingness to reach for the stars. To that end, when she was fifteen years of age, her father permitted her to join her uncle for two years, on his ship the SS Wayfarer as a trader. On the condition that Regine follow her Uncle’s orders to the letter. And that her uncle keep her out of trouble. She had quite a colorful adventure in those years, meeting many races and cultures, as well as witnessing some shady practices, to put it lightly. And with this environment she learned not to give out trust lightly. Once, the ship took to hiding on a planet called Apilum IV. In a area of temperate rainforest, and constant rainfall after the Wayfarer was attacked by the Orion Syndicate. The ship found refuge in a enclave and while it was being repaired. One of the crew remarked to her that had the Orions succeeded in capturing the ship. She probably would have been made into a slave and traded.

Soon, after returning home she joined Starfleet with an emphasis on Operations/Helm and carried herself well. Finishing in the top 90th percentile of her class. She did not socialize a lot and focused on her studies. One night though, after caving to pressures from friends to go to a party. A fellow cadet named Zakk Kingsley and her hit it off well and a romance began to blossom. They remained an item for three years. However, after graduation the couple amiably agreed to part ways.

Soon after she transferred to the U.S.S. Kennison a Malachowski class vessel where she served as Chief of Operations/Helm. The ship was on a five year exploratory mission within the Alpha Quadrant. While she served on the Kennison she received commendation for the Command Training Program, and was well on her way to the First Officers track.

She returned to the Academy for command school and it was grueling, yet rewarding. Now she serves aboard the U.S.S. Republic.