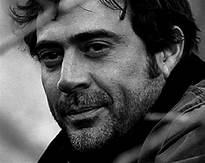 Currently unassigned. A very likeable person. Enjoys his time off watch, however John is highly skilled in his field and could hold his own in the most complex conversations. Most noted by his peers and subordinates would be his willingness to pitch in and help any in need. When off duty John will mostly dress casual.

Born in 2359, in Rome. His parents were conservationists and the young family spent most of John’s early years traveling from one disaster to another. It was a great way to grow up and gave John a healthy respect for nature and survival.

John left for Star Fleet Academy at Seventeen, an issue with his Mother as he was an only child. But he survived her wrath and was soon a Cadet. He had always been very good with mathematics. In fact he was quite gifted. He originally planned to enter the engineering field however he was bored with it by his second year. John could out drink most Marines, but not beat them in a fight, so that was out. He met a few Intel cadets one night in a club, and their conversation sparked his interest. He made inquiries and saw a future in it. His Junior year he switched majors and received his Intel clearance. He was exceeding all standards and very strong in mathematical solutions to communications problems. He could crack code on just about anything from a complex array field to a replicator… this made him a legend for being able to convert simple programs into tasty Pizza for his classmates. Not to mention every brew and forbidden beverage ever thought of.

He was assigned to Fleet Intelligence training for one year at the Academy learning the in’s and out’s of intel gathering. His strong suit was intercepting communications. At the end of his training he was urged by his instructors to continue his education. He weighed the benefits and decided to accept a Star Fleet scholarship to the Frunze Naval Academy in Moscow. He soon fell in love with the harsh winters and warm fires of the Suburbs of Russia. The three year program in advanced communications theory placed John in an elite category of young officers who talked in numbers that few would understand. He was seeing interstellar space differently, it was all about the numbers… And the numbers could tell you everything.

John Falkenburg would miss the city of Moscow the most, it’s nightlife and energy was a world of it’s own. But Duty called him back to San Francisco and before his next assignment an extended vacation with his Parents. The major topic being when was he going to meet someone and settle down. His mother desperately wanted grandchildren. He managed to return from leave unwed the crisis averted. John was offered a position on the Academy staff, but declined as he was ready for excitement of a fighting vessel in the Fleet…

On the day his assignment came down he was certain he would be on the front lines of hostile space, he couldn’t wait. However he was shocked to discover he wouldn’t be blasting off in a huge battleship but assigned to a very small station. A listening post in the neutral zone.

Delta 442 had a crew of sixteen total personnel assigned. It was dark, dismal and smelly. Nothing worked and the intel intercept equipment was two generations old. After Five months of constant work and upgrading he was sure if he could fix the damn escape hatches most of the crew would jump out… John realized the only way off that station would be a herculean brain effort or a bribe. He had upgraded a com array out of scrap parts that seemed to fall off the station on a regular basis, he tweaked the damn thing until it could scan
ten times further into space than conceivably possible… That would be his ticket out. But only after he disclosed how he managed to do it to Star Fleet command. Soon his orders would be coming down, if they stick him on another station he would resign his commission and build a tree house in the mountains of Utah.