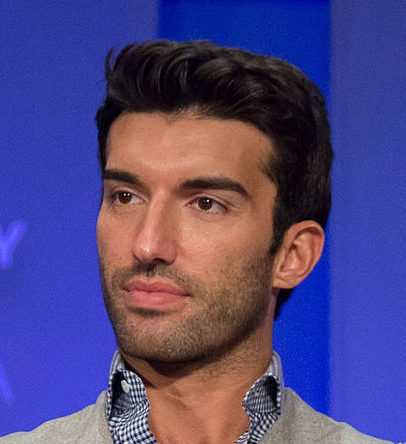 Rear Admiral Jarred Vittorino is the Commanding Officer of the USS Republic and Task Force 64. Trained as a Science Officer, focusing on Anthropology, Admiral Vittorino worked his way up the ranks to starship and Task Force command.

Jarred Vittorino was born in San Fransisco to Antonio and Helen Vittorino in 2220. Growing up with two teachers as parents, Jarred was always interested in the Sciences. He won his middle school science fair, and earned his High School Science Department award. Immediately upon graduation, Jarred was accepted into Starfleet Academy.

While at the academy, Jarred focused on his major of Science, and minored in Starfleet Operations. Throughout his Academy career, Jarred was recognized for his academic performance and leadership abilities. During his senior year, he earned an internship aboard the USS Carlisle where he gained real-life experience as a member of their science department.

Upon his graduation from the academy, he was permanently stationed aboard the USS Carlisle as a Science Officer, focusing on Archaeology. During one of their missions in the Beta Quadrant, the USS Carlisle was investigating Ancient ruins. Working with the science team, Jarred was able to translate their language learning. In decipher their language, the away team was able to trace the civilization back 5,000 years – they called themselves Ionian.

After three years aboard the Carlisle, Jarred was promoted and transferred to the USS Washington as their Assistant Chief Science Officer. During this posting, Jarred was accepted into the command training program. The program was one of the most difficult experiences of his career but he was able to successfully pass the program. Soon after, Lt. Commander Brett Stevens his mentor, was promoted to First Officer aboard the USS Rubicon and Jarred was promoted to the Chief Science Officer. This promotion gave Jarred the rank of Lieutenant and access to the Washington’s Bridge.

A year into his tenure as Chief Science Officer aboard the Washington, he was promoted to Second Officer and the rank of Lt. Commander. Now, Jarred was in command of the USS Washington during the night shift. He also led a number of away missions. His success and recuperation from failures got the attention of Starfleet – he was promoted to Commander and First Officer for the USS Paris.

The Paris was a Walker Class vessel whose missions were primarily science-based. Jarred’s time aboard the Paris gave him the opportunity to grow as a leader. He had great success but also experienced defeat. Unfortunately, the USS Paris was severely damaged during an encounter with the Orion Syndicate. With the death of Captain Rosh blasch Lankarv at the hands of the Orions, Commander Jarred Vittorino took command of the ship, rescued the remaining members of the away team, freed a number of slaves, and destroyed an Orion base. Seeing their profits evaporate, the remaining Orion vessels turned their weapons on the USS Paris. After sustaining damaged, the Paris was able to limp back to the Federation.

After surveying the damage, Starfleet Command completely refitted the Paris and promoted Jarred to Captain. During the next five years, the Paris contributed to the advancement of scientific knowledge and continued to protect the Federation. In 2256, the Klingon Federation War broke out – the Paris fell victim to the Klingon Cloaking technology and was destroyed.

In recognition for his heroism and leadership aboard the Paris, Command transferred Jarred to the USS Republic which had just completed its own refit.