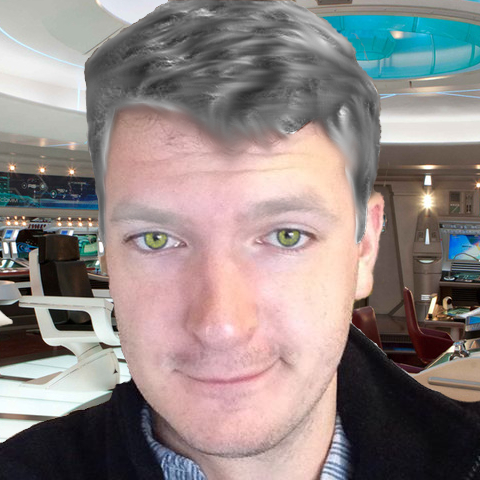 Olepis is a 35 year old male human. He has white skin with pink undertones. He is 6'1" tall and approx 200lbs. Olepis has long, shock white hair with bright yellow eyes. He has a well-toned physique. He tends to keep his face clean shaven. His facial features are sharp and elegant.

Olepis was born into a small family on Mars. He has a younger brother and an older sister. His father and mother both passed away in a Martian sandstorm when he was only 12. This occurred due to a navigational failure within their vehicle’s guidance system. His older sister raised both the younger siblings until they were old enough to join the Martian Mining Corps (the minimum age being 16). Though he was largely working in the depths of the planet, Olepis couldn’t help but to wonder what Mars might have been like when it was able to sustain life. He dreamt about what it must be like to live on Earth, which was filled with a variety of wildlife. Olepis worked as a miner until he was 18, when he joined Starfleet.

After a year in basic training on Mars, he began his career as a medical technician, but quickly found a love for the sciences. He decided to switch to the xenobiology department at the age of 20, and has held this specialization ever since. Because he didn’t have a formal education in the subject matter, Olepis worked his way up from a lab technician to a full-fledged xenobiologist under the supervision of the officers in the science department. Over the next decade, he served on the USS Raphaela. The xenobiologist was credited with multiple impressive biological discoveries while the ship was on its exploration mission. His most impressive accomplishment being the salvation of an entire species of insectoids via alteration of the queen’s genes, allowing her to recover from a crippling degenerative condition.

When Olepis turned 30, he returned to his home planet of Mars to spend some time with his siblings. His brother and sister had built a small farm that provided cattle and other goods to neighboring colonies. Mars was now terraformed enough to support livestock. After a few years of R&R, Olepis was ready to return to Starfleet, with his new posting on the USS Diligent.