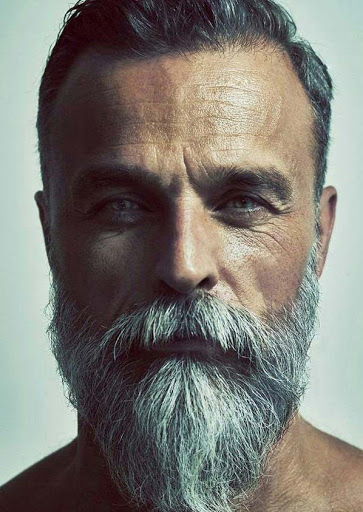 A weathered veteran of multiple interstellar conflicts, David Braddock is a man accustomed to working in difficult situations, a campaigner with the heart of an explorer, he increasingly longs for peace in an age of turmoil. His career in Starfleet has carried him through war, disaster, and discovery, he has seen the best and the worst the galaxy has to offer, and stood firm. Through all the years he has retained a vibrant, vigorous energy, driving him forward, and drawing the best out of his crew. He puts his experience to work with dedication, he's learned the hard way how tough it can be to survive, and he guides his ship with care and calculation, lest it become just another casualty. After all, what is the value of experience if it cannot be shared?

David began his career in the enlisted ranks, beginning as a security operator in the midst of the Federation-Cardassian War, and he had his first taste of action right out of training. Assigned to the USS Astute, he was involved in several skirmishes as the broader conflict proceeded toward stalemate. He demonstrated coolness under fire, and advanced steadily through the ranks.

On successfully achieving promotion to Petty Officer 3rd Class, he transferred to USS Kunlun Shan for the last stage of the war, where he continued advancing. As hostilities with the Cardassians stagnated into a festering deadlock, he grew increasingly restless. Through hard work, and long hours of study, he managed to secure a spot for himself at Starfleet Academy, hoping that life as an officer would fulfill more of the promise of Starfleet’s grand mission. He performed well at the academy, choosing the tactical track for the more expansive view it offered of events.

In his first year at the Academy, came the re-emergence of the Romulan Star Empire, And upon graduating, he was assigned to the Neutral Zone. He cycled through multiple postings, continuing as part of the Federation’s efforts to counter the resurgent threat, until the start of the Dominion War. After his ship was damaged beyond repair in the opening stage of the war, he would come to serve for the majority of the conflict aboard USS Idaho. He took part through the desperate struggle of the Federation’s initial defeats, as well as the victories that came later, finally advancing to Chief Tactical Officer in the closing months of the war.

After the war, Starfleet drew down it’s forces returning ships to reserve, demobilizing and releasing thousands who had been recruited during the emergency. New ships were coming out of the yards, but not as fast as some older classes we’re being mothballed, chances for advancement diminished as officers competed over fewer open positions, and so David remained where he was for another two years. Diligence paid off in the end as he moved into the Second Officer’s seat, then to the brand new USS Vimy Ridge, returning again to the Neutral Zone, and then became first officer aboard the dreadnought USS Trinity. Though still mostly serving on missions of tactical importance, during these years, he at last had the opportunity to expand the boundaries of known space, to take in awe-inspiring sights, and catalogue new experiences.

In 2387, the Trinity was among the ships summoned to provide relief to the stricken Romulan core territories in the wake of the devastating Hobus event. David spent most of the year building connections with, and deepening his understanding of a people he had spent much of his career glaring across the border at, conversing in a language he’d first learned in order to spy on enemy transmissions. It was an eye-opening experience, one that affirmed a growing conviction that the peoples of the galaxy could not advance while they remained mired in the petty squabbles of the past.

Now, with a need for experienced officers in the Gorn conflict, his chance has come, a command of his own, even if it means returning to war. He the end, he accepted the call to take up command of USS Devonshire not just to advance his own career, but because his fellow beings needed him, and so he could help restore peace to the Federation.